USDA’s FAS (Foreign Agricultural Service) released its number for the future Brazilian Oilseed crop to a record 145 million tons. However, another La Niña is profiling on the horizon, will it be a repeat of last year?

Last season, a strong La Niña effect reduced the yield and production of crops in South America from Brazil to Argentina. The crop production in those countries is particularly important as Brazil is the number one exporter of Soybean in the world, ahead of the US. Planting is currently underway in Brazil for the new Soybean and Corn crops, but with La Niña coming back in late 2021,  experts believe these numbers will probably not hold. 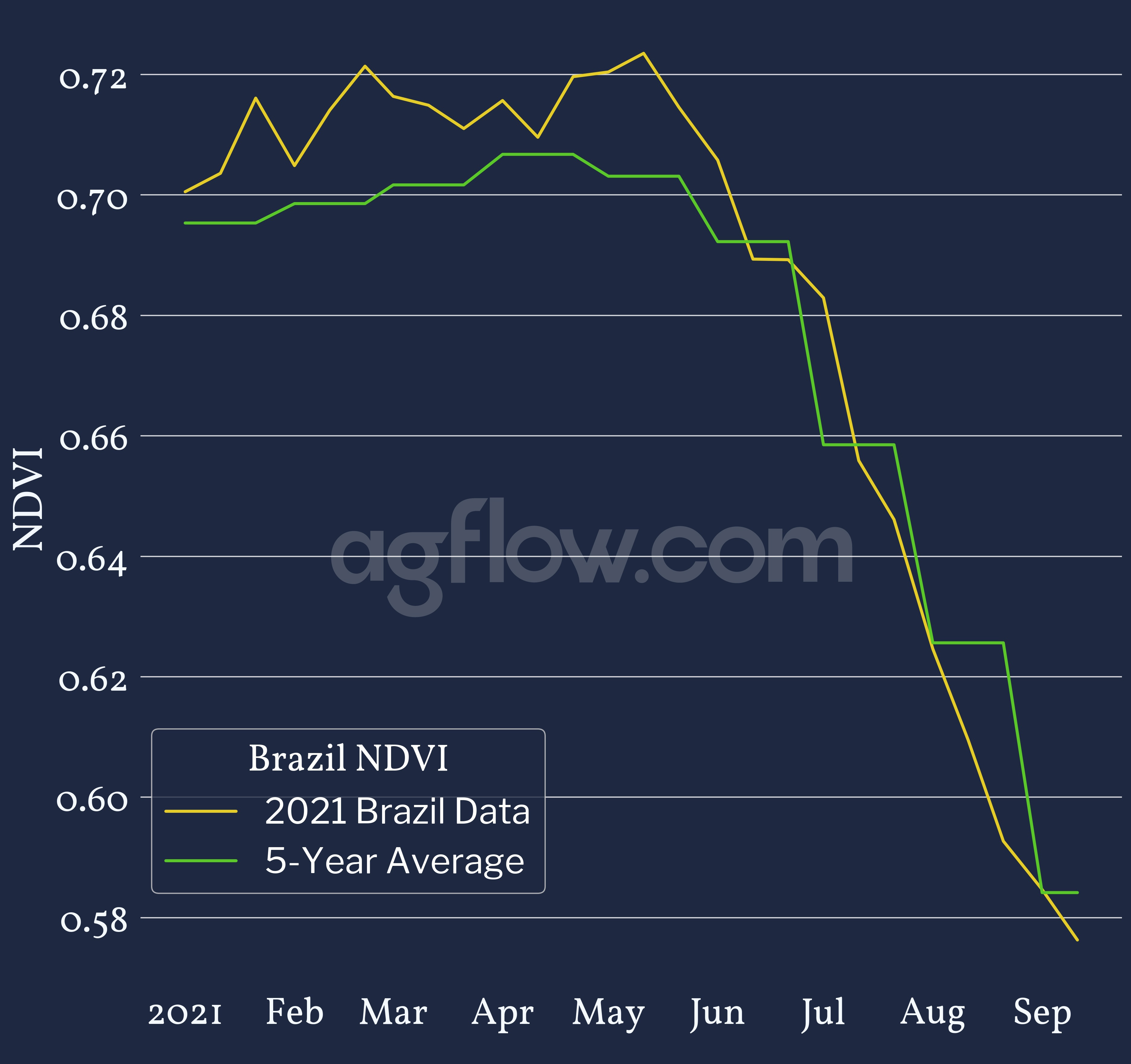 This, in fact, was reported by Brownfield Ag News in a dispatch on US Corn competitivity with the Brazilian crop. Talking to an atmospheric scientist about the current La Niña conditions they reported “ La Nina is in effect for Brazil and Argentina, which brings below-normal temperatures and rainfall to the country’s’ growing seasons.” helping producers planting Soybean crops, which are way ahead of the usual planting pace. However, he adds for Brownfield Ag News “drought in Argentina and Brazil means both countries won’t be able to produce its maximum crop size”.

AgFlow data for NDVI (Normalized Difference Vegetation Index) shows that 2021 NDVI for Brazil is already behind the 5-Year average for the country. Depending on the strength of this Winter La Niña effect, crops growth conditions could be worse than they were last year at the same period.