The different Incoterms consist of three-lettered terms. Their main difference resides in where the transfer of risks occur, i.e. where the seller’s obligations stop and where the buyer’s responsibilities begin. Moreover, it is important to note that some Incoterms apply to any mode of transportation, while others are only applicable to marine traffic. 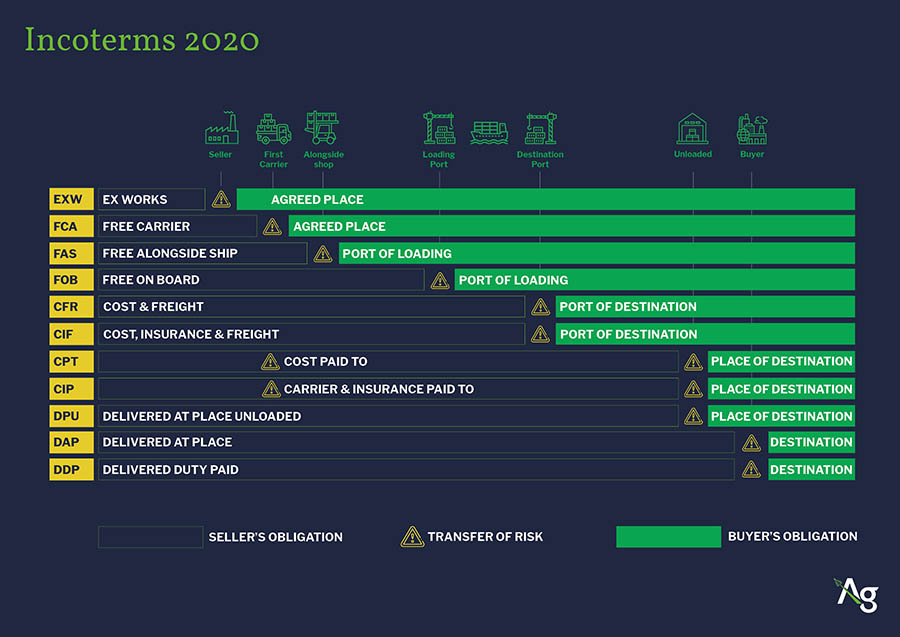 Figure 2: Pie Chart of the representation of Incoterms
in AgFlow’s quotes data between Jan 2010 and Aug 17, 2020 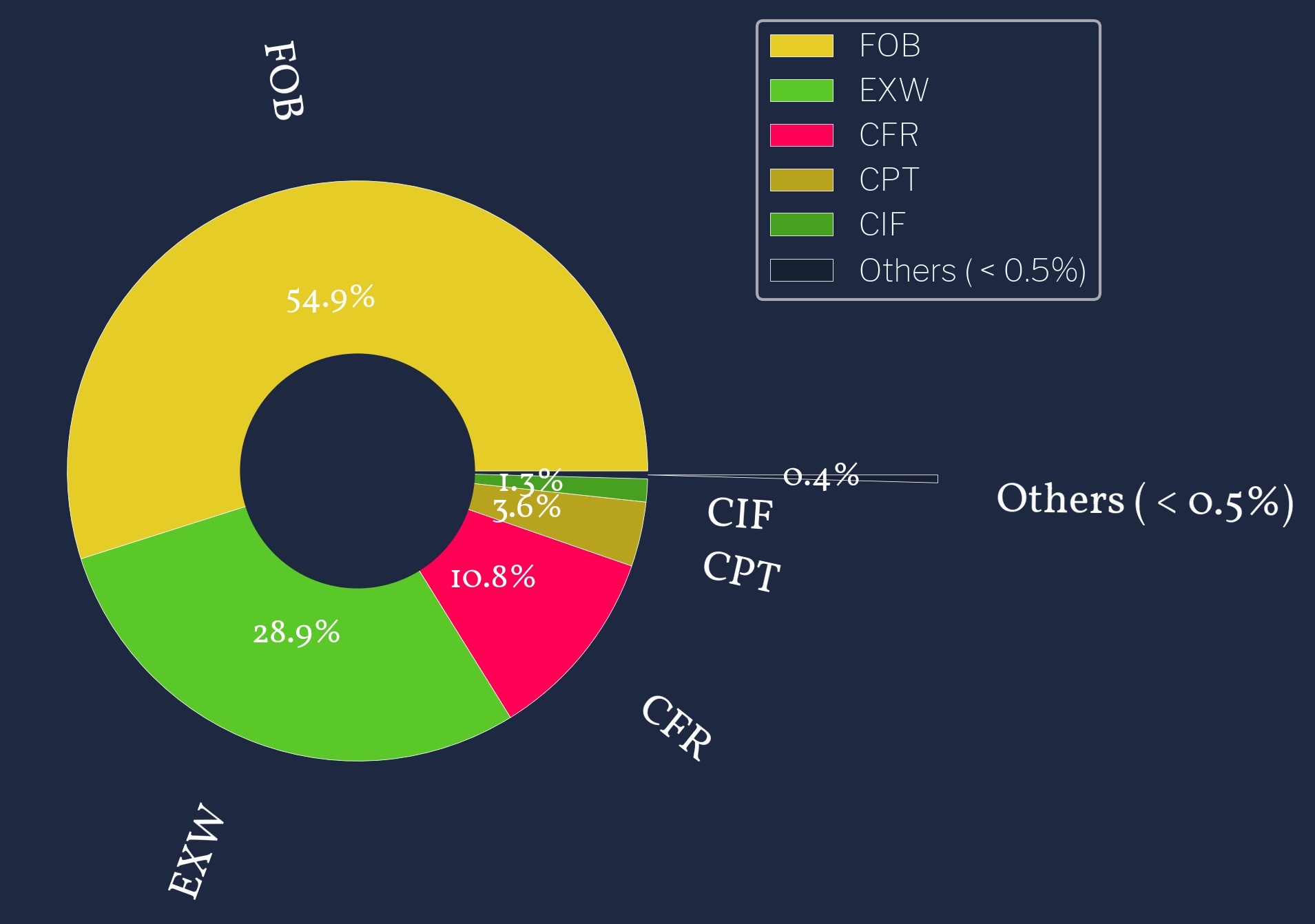 Figure 2 represents the proportion of Incoterms used throughout the period between the previous (2010 edition) and the new amendments (2020). We see that FOB is the most recurrent Incoterm overall, with almost 55% of the quotes. The other notables are EXW and CFR with close to 30% and 11%, respectively. That indicates that not all Incoterms are equal, and logically so.

Figure 3: Time-series for the usage of Incoterms
in AgFlow’s quotes data between Jan 2010 and Aug 2020 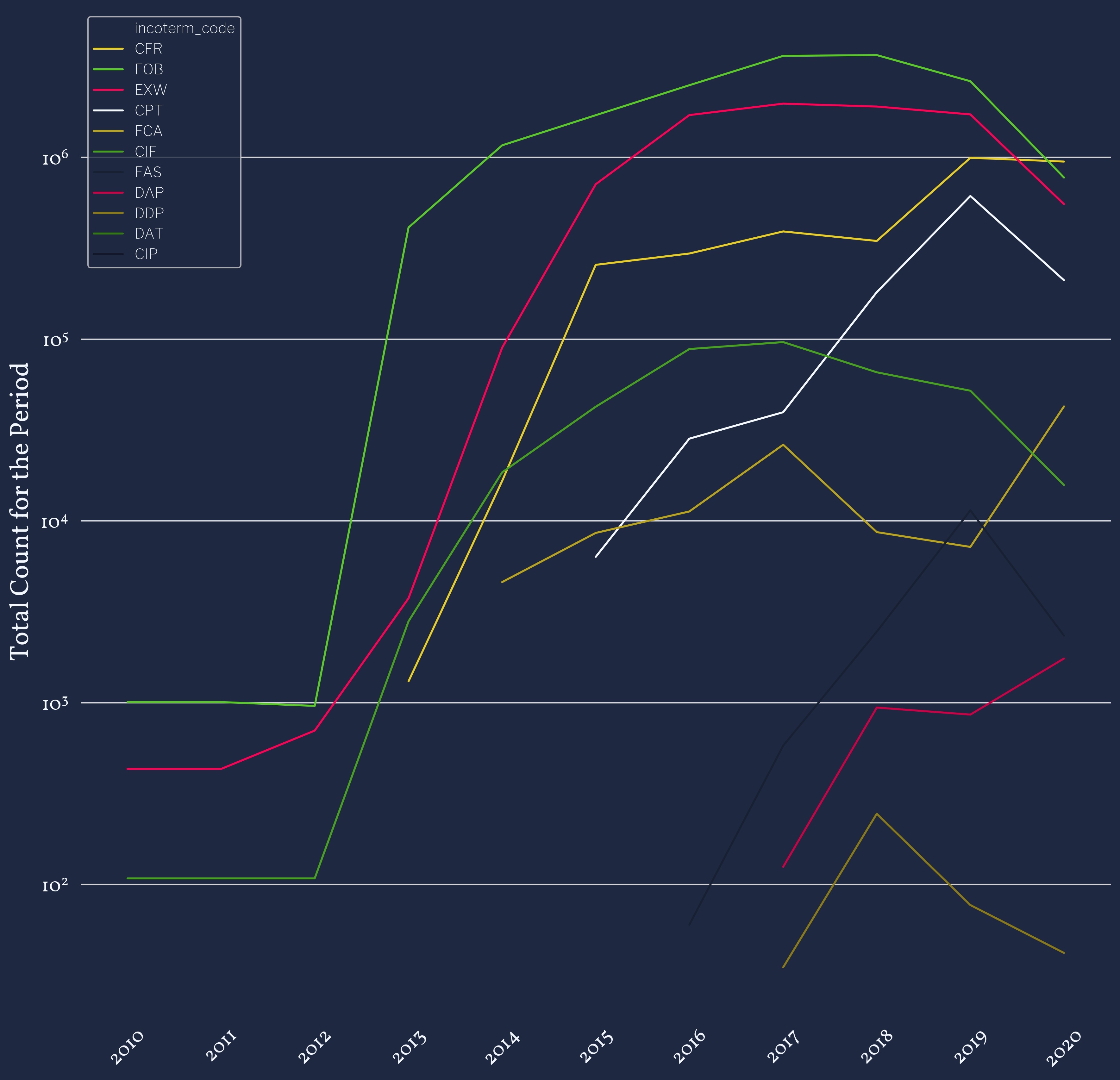 Looking at how many quotes have different Incoterms during this period (figure 3), we find the distribution of figure 2 again. Nonetheless, we see that FOB and EXW have lost ground since 2010 to CFR, CPT, and FCA. We also observe a noteworthy increase in the number of DAP quotations since 2017.

Over time, the present trend seems to be continuing. Therefore, it is highly probable that we see a change in the distribution of Incoterms in the foreseeable future.

We have seen that the ICC created a set of rules made to make the obligations, risks, and dues more clear for particulars or companies trading goods. These 11 rules frame the possibilities of sharing these constraints during the trading process, and allow for a more transparent, more fundamental understanding for both parties during negotiations. As we observed in AgFlow’s quotes data, FOB is the most common Incoterm, as it provides more balanced responsibilities and risk sharing in general. Additionally, the supplemental cost associated with the different Incoterms – related to the nature of the distribution of responsibilities and risks of the specific rule – is a potential factor for the popularity of FOB.

The nature of the trades can also explain the difference between the different Incoterms’ frequencies. Thus, if EXW is the second most common Incoterm we found, it is because the volumes involved with the trading of grains make it easier to pick up the goods at the seller’s storage, which in general makes it easier for the buyer in turn.

Finally, the Incoterms are not legal contracts that bind international trades. But these rules allow the trading of goods around the world to be simpler, more efficient, and safer for both parties involved. As such, their popularity follows the nature of trades and the contracts associated with them. They are hence providing a good idea of the health status of deals around the world.