Uruguay’s Soybean area varied over the years based on crop pricing and export potential. This season, more Soybeans were planted than in the past two years. Planted area is projected to be around 1.01 million hectares. The volatility of Soybean planted area in Uruguay is expected to continue based on the fickle nature of Soybean prices and export potential for this country.

62% of the total Soybean areas were located in the departments of Colonia, Soriano, Río Black, and Paysandu. It should be noted that these four departments represent 60% of the planted area of ​​the cultivation in the last six years.

44% of the cultivated area in the last year was planted with seed purchased by producers in commercial categories such as certified (“labeled seed”). In comparison, more than 42% were planted with seed for use within the Technological Value System (SVT) carried out by URUPOV.

With these numbers, although it is encouraging to know that the illegal area was reduced by four percentage points, they are almost 170,000 hectares that were planted with seed of unlawful origin and own use that was not declared and registered under the SVT.

For Marketing year 2022-23, Soybean acreage in Uruguay is forecast to expand by 9% to 1.23 million hectares, up more than 100,000 hectares from the previous year, according to a Global Agricultural Information Network report from the Foreign Agricultural Service of the US Department of Agriculture (USDA).

The increase is being spurred by higher international prices for Soybeans. However, even higher prices are unlikely to bring more hectares to production immediately because producers learned which areas could be profitably farmed during the last period of high prices. During that period, some areas that were speculatively planted were later found to be unproductive.

With a return trend for yield, total Soybean production was projected at 2.8 million ton, a 5% decline from 2021-22, the USDA said. The agency noted that Soybean yields in Uruguay this year are exceeding expectations due to well-timed rains, in contrast to the dry conditions in neighboring Brazil, Argentina, and Paraguay. The yield of Soybean cultivation at the national level was estimated at 2,799 kilograms per hectare, 49% higher than the yield of the previous harvest when some 1,881 kg/ha sown was reached.

International Grains Council (IGC) forecasts Uruguayan Soybean production in 2022-23 at 2.6 million tons, an unchanged estimate compared with the 2021-22 crops of 2 million tons. The IGC puts shipments of Soybeans at 1.3 million tons in April-March 2021-22, down from 2.2 million during the same period a year earlier. The Soybean crushing industry is limited in Uruguay because the country developed as a major Soybean producer later than its larger neighbors, Argentina and Brazil. 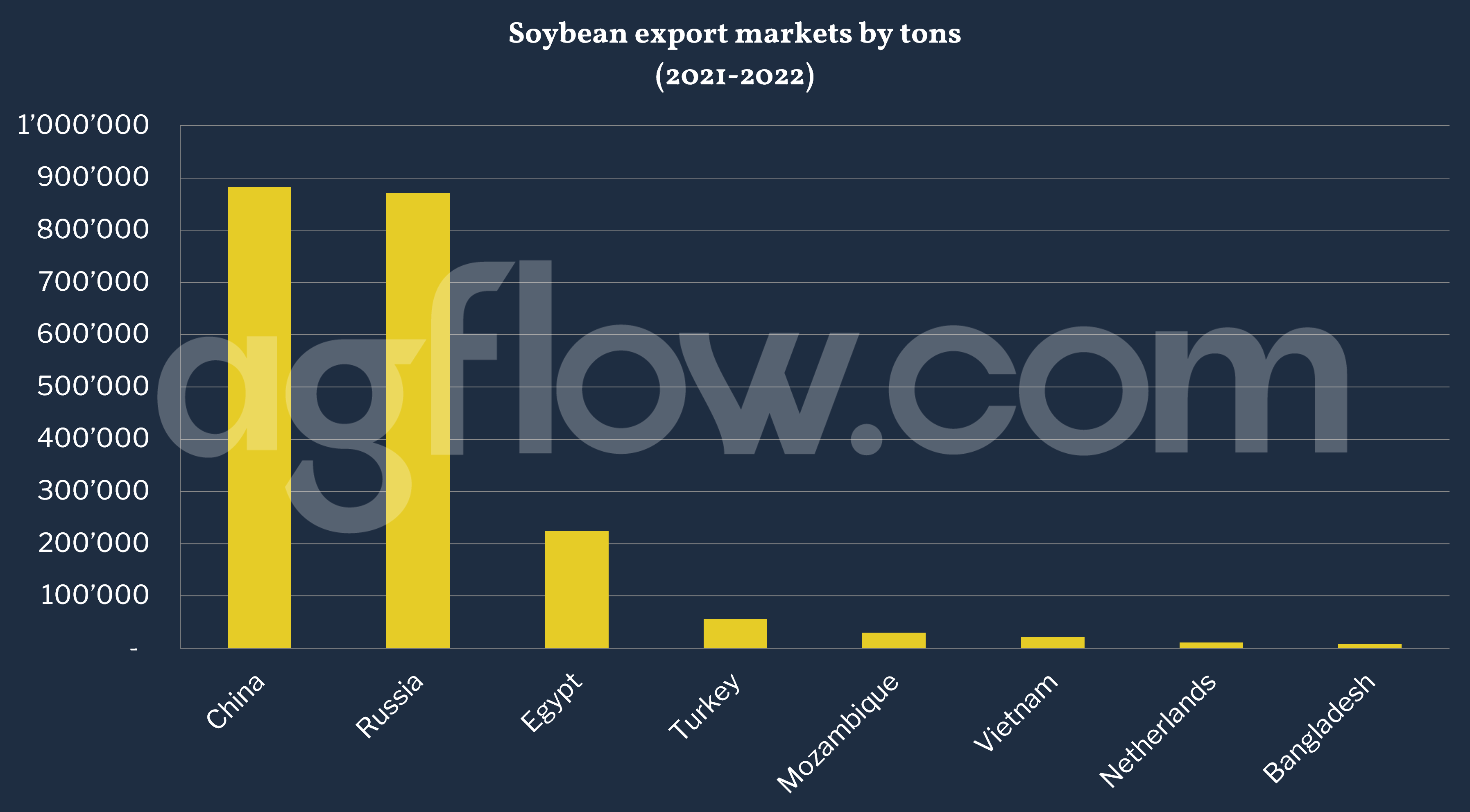 Read also : Is the Weather Supporting the US Soybean Market?