The last decade or so has seen a series of stunning summers, and this has led to a resurgence of interest in the growing of Corn, particularly in the south of the UK, in places such as Devon & Cornwall, where the weather tends to be warmer than in the northern areas of the country.

Agriculture in the United Kingdom uses 71% of the country’s land area, employs 1% of its workforce (467,000 people), and contributes 0.5% of its gross value added (GBP11.2 billion). The UK currently produces about 60% of its domestic food consumption. Agricultural activity occurs in most rural locations. It is concentrated in the drier east (for crops) and the wetter west (for livestock).

The UK imports Corn for its breakfast cereal market and to supplement primarily domestic wheat and barley in the feed ration and the biofuel sector. In recent years, the UK’s primary supplier of Corn for feed and biofuels has been Ukraine, followed by several the EU countries and Argentina for food use. Imports of Corn from the United States have been effectively priced out of the UK market by the steel and aluminum dispute with the European Union.

In June 2018, the EU imposed a 25 percent retaliatory duty on a list of products from the United States, including Corn. While the EU removed the tariff effective January 1, 2022, separate negotiations with the UK continued. An agreement was announced in March, and the tariff will be lifted effective June 1, 2022. The tariff has meant importers have expressed a preference for other origins during this period, such as the aforementioned Ukraine. Before the imposition of tariffs, in MY 2017, over 250,000 MT of U.S. Corn was imported into the UK. While this was not typical, with much lower tonnages reported in most years, it demonstrates the UK trade’s willingness to import the US Corn if the market presents an opportunity. 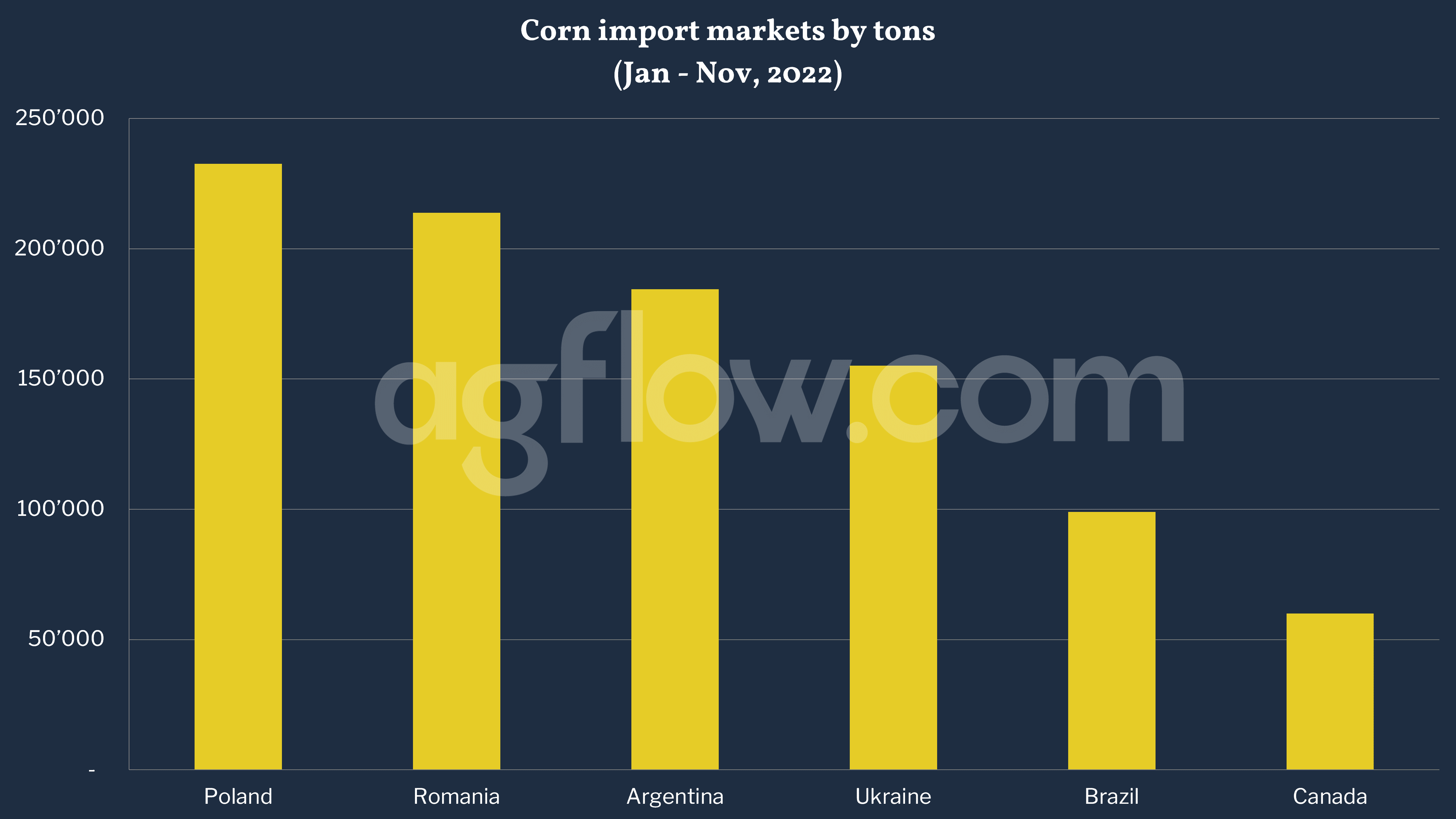 Following the recent developments in Ukraine and the tightening of global Corn supplies, UK trade welcomed the announced lifting of the tariff. It has raised the possibility of increased imports of U.S. Corn in MY 2022 and beyond. With the UK biofuel sector essentially returning to processing wheat in MY 2022, any fluctuation in import demand will be closely linked to the requirements of feed compounders, and this to the previously discussed availability of feed wheat and feed barley.

By the end of January 2022, the UK had imported nearly 1.3 MMT of Corn, with the leading origins being France, Ireland, Ukraine, and Canada. Total MY 2021 imports were estimated to reach just 2 MMT, with a corresponding decline in feed use. Imports are currently forecast to be slightly down in MY 2022/23, but, again, much will depend on the domestic feed situation, price competitiveness, and availability of imported Corn for the feed mix. In 2021/22, over 1 million MT of Corn were imported into the UK from the EU.

Read also : Did War Affect the US Corn Industry?