Saudi Arabia relies on Wheat & Barley to make bread, a staple food for the country. Since Jan 22, Saudi Arabia Barley & Wheat imports have plummeted, decreasing every month and down by as much as 459 kmt in Mar for Barley & 179 kmt in May for Wheat. Meanwhile, Corn imports thrived, increasing by as much as 416 kmt in Mar 22, also becoming the second-largest import month for Corn in 3 years. In the first half of 22,  Saudi Arabia decreased Barley & Wheat imports, down by 1.39 Mmt & 457 kmt, respectively. Meanwhile, Corn imports increased by 690 kmt, perhaps to increase livestock production? SAGO repeatedly announced its stocks were high since 2021 but will probably have to pick up the pace with the 22/23 crop, as reserves are slowly but surely depleting. 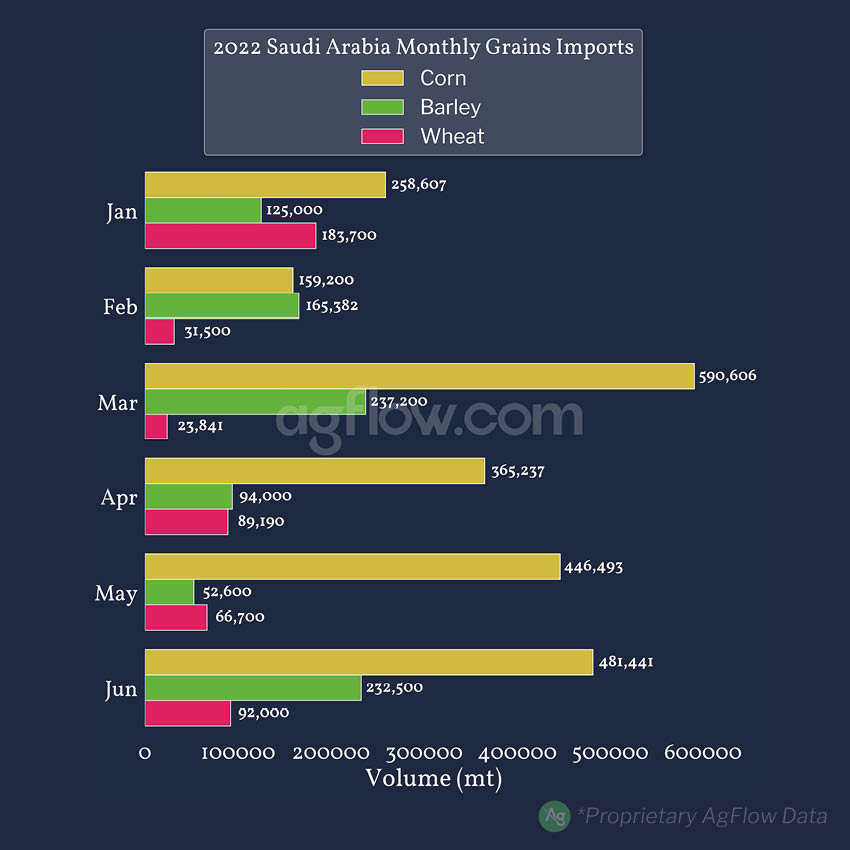 Track Grains Cargos to Saudi Arabia From Up to 8 Origins, & Track Tender Results

Read also : Australia Barley Market: Where Do You Export When China Boycotts You?