Bulgaria is one of the vital Wheat suppliers to the European Union and some other countries such as Indonesia, Sudan, Bangladesh, Ethiopia, and Mexico. The country is well known for milling Wheat, one of the most important crops in Bulgaria. Also, the country is one of the Black Sea countries and is among Europe’s largest Wheat exporters and reaped a record-high Wheat crop of 7.1 million tons in 2021. Farmers planted around 1.2 million hectares (Mha) of Wheat in the autumn, fractionally higher than the previous year’s Wheat plantings.

In August 2022, the Bulgarian Minister of Agriculture mentioned that Bulgaria expects to harvest around 6.5 million tons of Wheat in 2022, and no supply crisis can be expected. The soil and climatic conditions were not favorable for the development of Wheat; the autumn was without precipitation and did not allow it to sprout normally. The May rains could not help with a higher yield for Wheat, and it is between 400-550 kg/ha. Farmers worried that beans were small and shriveled, which means they couldn’t have been fed well enough.

Despite the increased prices of preparations and fertilizers, every farmer ensured a sufficient amount because if the chain is broken, yields will be significantly reduced. As in the winter, the amount of precipitation was adequate but was below the norm for the year.

Most of the Wheat produced in the country is traditionally exported because the domestic market is small and fully satisfied. Since country’s domestic Wheat consumption is currently around 1.7Mt, including human consumption, stock feed, and seed, that gives an exportable surplus of between 4.5Mt and 5.3Mt for the upcoming harvest, plus substantial 2021-22 carry-out stocks after last year’s huge harvest, and below-average exports this season.

However, the country had its difficulties due to the war effect. The war in Ukraine repeatedly raised the price of grain on world markets and in this country. There is also an increase in fuels and plant protection products, which will affect the prices of the new harvest.

Therefore, producers are urging the Government to buy Wheat on a market basis. The vast majority of Bulgaria’s Wheat exports were traditionally to European Union markets, with Spain the largest, followed by Italy and Greece. But it may change this year, with African destinations a strong possibility in the current situation. 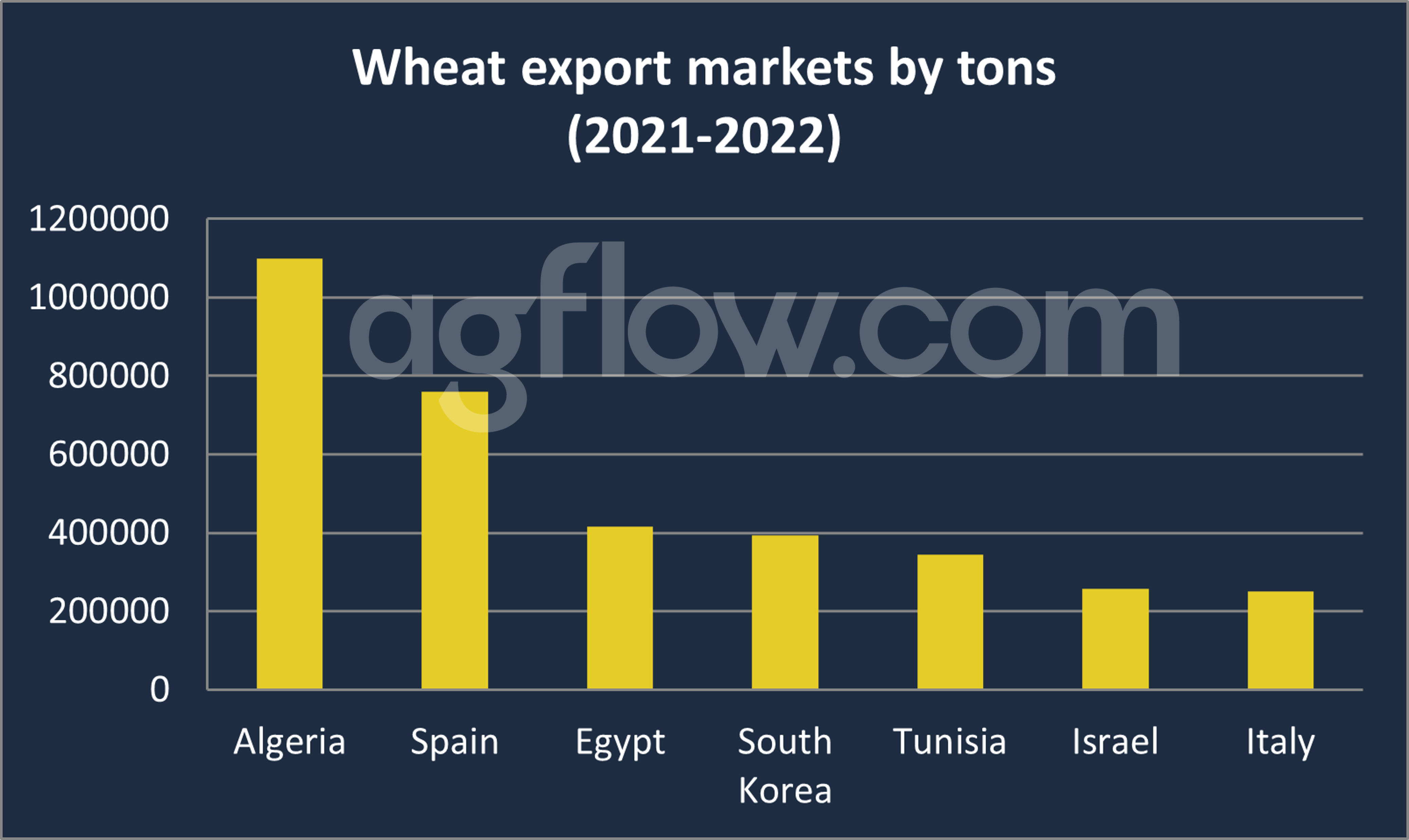 Finding a partner that can buy Wheat at an increased price is a difficult task for the Bulgarian Government, and they are discussing this situation with the European Union and seeking new suppliers from other countries such as Egypt, the world’s biggest Wheat importer, which imported much of its grain from Russian and Ukraine through the Black Sea in recent years. On the heels of supply chain disruption caused by the conflict, Egypt is diversifying its import sources, at the top of which is India, which has exempted Egypt from its recent Wheat export ban.

In June, the General Authority For Supply Commodities (GASC) of Egypt signed contracts to purchase 465,000 tons of Wheat from Russia, Bulgaria, and Romania; it was reported as the country’s largest Wheat purchase since the start of the Russian invasion of Ukraine in late February. These purchases were scheduled to be shipped in July and August. This purchase saved the Bulgarian economy and gave an excellent opportunity for further export to new market destinations.