Russia increased Soybean sown areas by 13% (401 thousand hectares) compared with 2021, amounting to 3,469 thousand hectares, according to the calculations of AB-Center. This is a record high since at least 1990. This increase in acreage is primarily due to favorable pricing conditions and growing global demand for Soybeans and their derivatives.

In recent years, there was a change in the structure of areas depending on the region of Soybean cultivation, an increasing concentration of production in the European part of the Russian Federation. The leadership belongs to the Central Federal District (41.0% of all areas). This year, among the key districts of Soybean cultivation, Soybean areas in the Southern and Volga Federal Districts increased significantly by 23.0% and 50.5%, respectively.

The supply of seed Soybeans to Russia in January-July 2022 increased by 29%, compared to the same period in 2021. France and Romania are the key countries of origin of Soybean seeds imported into the Russian Federation for sowing in 2022. 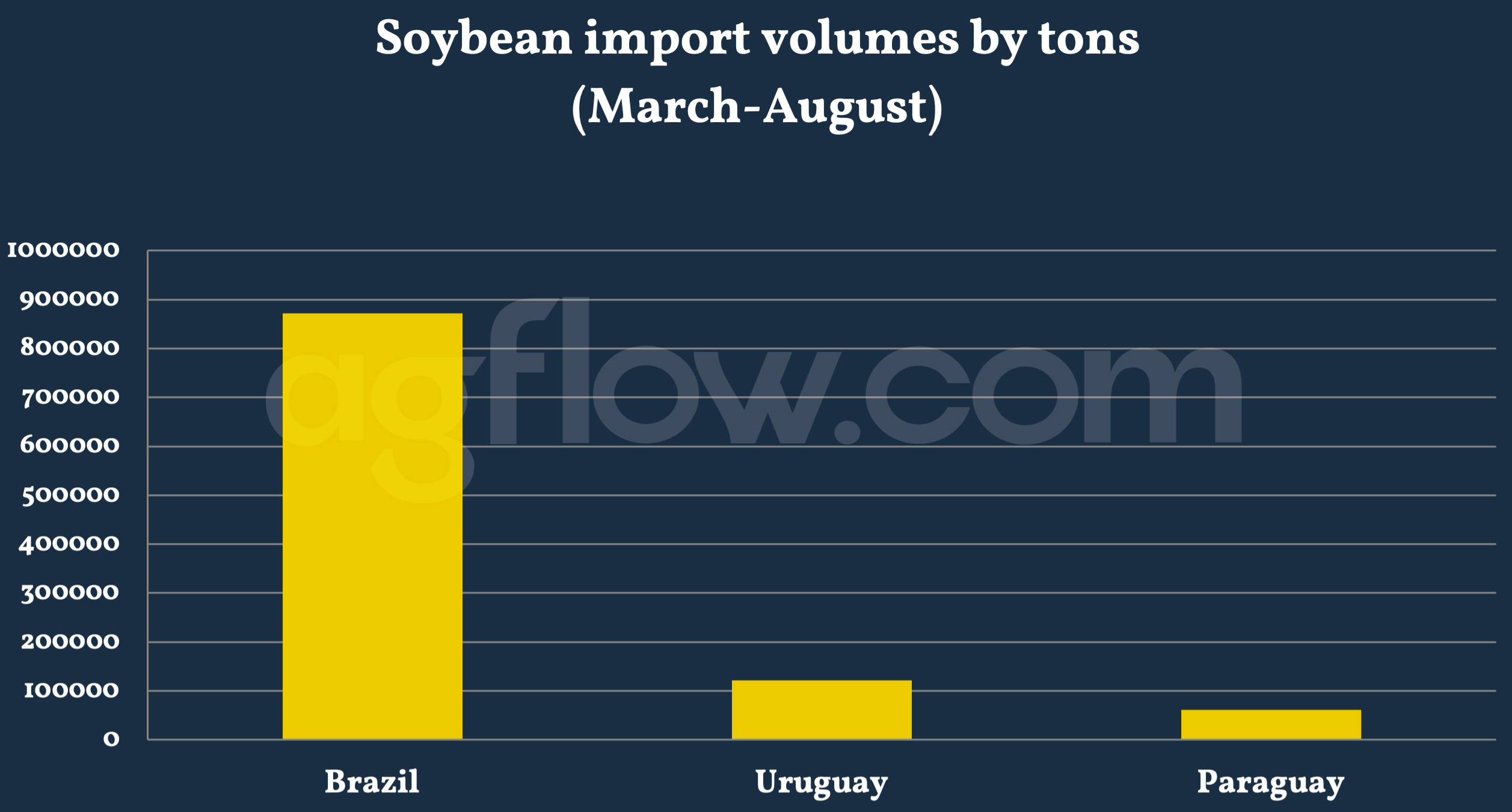 In 2021, the country’s Soybean imports amounted to 2,010 thousand tons, 3% less than a year earlier. In January-July 2022, according to AB-Center, deliveries decreased by another 9.5% compared with the same period of 2021. As per AgFlow data, Brazil led its import market with 0.8 million tons of Soybean in March-August 2022, followed by Uruguay and Paraguay.

In terms of export, 571 thousand tons of Soybeans were shipped abroad, which is 56.3% less than in 2020. The supply reduction is mainly due to high export duties in 2021 (February-June). The main destination countries for Russian Soybean exports are currently China and Belarus.

In 2021, Soybean Oil exports decreased in volume by 20.4% and amounted to 527.5 thousand tons. In January-July 2022, the volumes increased by 17.2% year on year. The essential destination countries for Soybean Oil exports from the Russian Federation are Algeria, Egypt, India, China, and Iran.