Romanian farmers have greatly expanded the Soybean area in the past years. In Romania, the Soybeans production trend remained high, from 155,000 ha in 2019, to 195,000 ha in 2021. More and more farmers invested in this crop, and the average production increased from 2,045 kg/ha, in 2015, to 2,630 kg/ha, in 2019, demonstrating the acceleration of the technological process.

The European Union’s (EU) strategic dependence on plant protein, along with the bloc’s progressive agenda, the need to protect the environment, as well as changes in the lifestyle and diet of European citizens are leading to increased growth for alternative products to meat consumption, soy representing the critical crop in these new trends.

According to an analysis by Bogdan Lucian Cumpanașu, an agricultural policy consultant, Romania has a farming potential for Soybean cultivation estimated at approximately 700,000 ha. The utilization of only half of it would propel the country to the position of leader in the EU in cultivated area and 3rd at the whole European level (after the Russian Federation and Ukraine). The country produces approximately 450,000 tons of Soybeans per year.

Concerning the selling price per 1 ton, it has increased exponentially in recent years (from 1,468 lei, on 19.12.2018, to 2,373 lei, on 08.12.2021), indicating high profitability of this crop as a result of an ever-increasing demands. However, the exceptionally high needs for Soybeans for moisture and water reserves in the soil mean that this culture can be exploited in limited geographical areas (especially in Transylvania and northern Moldova) or farms with their irrigation infrastructure.

A total of 239,723 tons of Soybeans were delivered to the Romanian market, from countries outside the European Union, between July 2021 and May 2022, the penultimate month of the commercial year. The peak was reached in April: 42,831 tons. This is the largest amount in the last ten years, surpassing the previous season’s record of 186,693 tons.  The largest supplier for the Romanian market was Brazil: 158,121 tons between July 2021 and May 2022. The second most significant source of Soybeans was the United States: 75,755 tons, in the same range. 3,021 tons entered the country from the Republic of Moldova, followed by 2,128 tons from Serbia and 697 tons from Ukraine.

According to Bogdan Lucian Cumpanașu, the Romanian authorities could take the following measures: launching a National Program dedicated to Soybean culture, which would encourage, support, and technology Romanian farmers; investments in Research Institutes for the capitalization and creation of native variety, which will contribute to increasing yields and production capacity; and supporting Romanian farmers by identifying external commercial partners, including at the EU level.

Read also:  Is the Weather Supporting the US Soybeans Market? 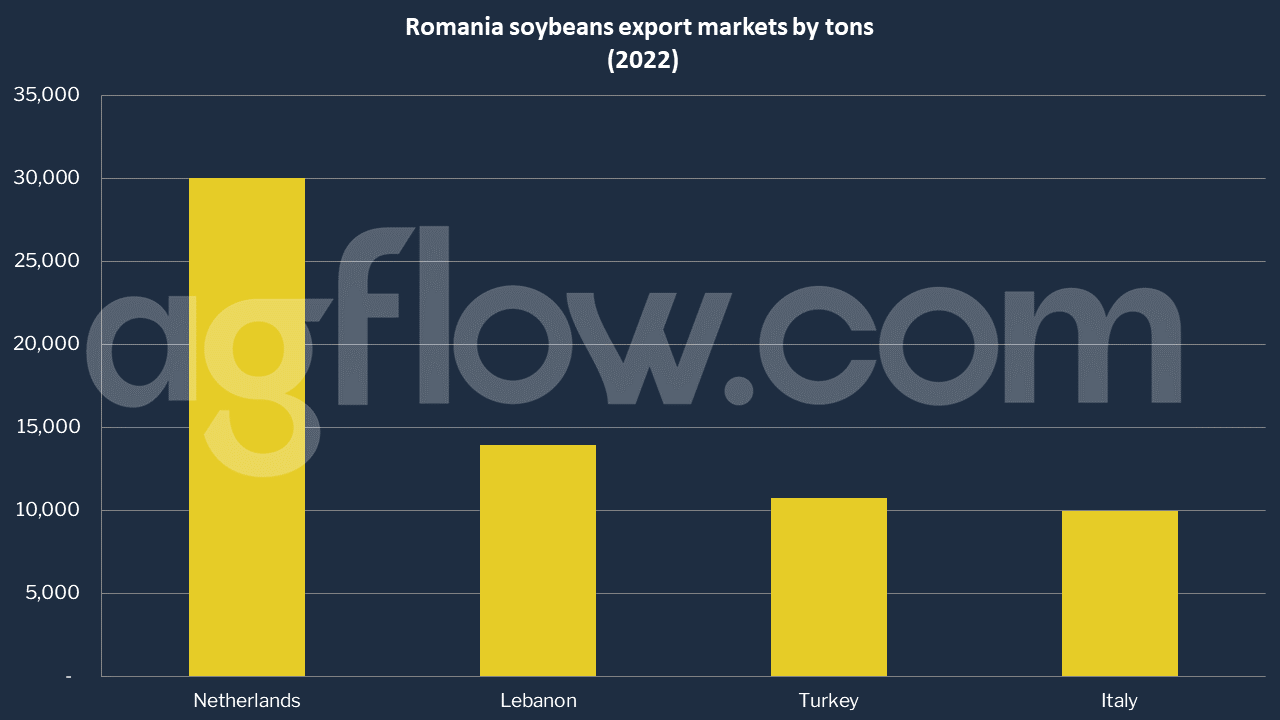