Israel’s Barley production in MY 2022/23 (October – September) at about 15 TMT from a harvested area of around 5,000 ha, according to the USDA. Most Barley production is located in the south of Israel, and the remainder is in the Beit-Sh’ean Valley in the country’s east. The USDA estimates that the area planted with Barley is 6,700 ha, but 1,700 hectares will silage. The other 5,000 ha is for grain production. Production is about 3 MT/ha for grains and around 8.5 MT/ha when cultivated for silage.

Due to the land and climate diversity across the country, Israel can grow a wide range of crops. However, the importance of agriculture in Israel’s economy has fallen over time, accounting for decreasing values of GDP. In 1979, it accounted for just under 6% of GDP, 5.1% by 1985, and as of 2008, only 2.5%. But, this year, Israel’s Ministry of Agriculture and Rural Development announced a plan to increase the total number of agricultural lands cultivated and to improve the labor force by supporting new farmers and farmers who have not worked in the field for at least seven years with a total of 10 million shekels (Israeli currency).

Israel is almost completely dependent on grain and feed imports to meet its. FAS Tel Aviv forecasts Israel’s Barley consumption in MY 2022/23 at 475 TMT with no change from the MY 2021/22 figure. MY 2021/22 feed consumption was estimated to be up by 70 TMT to 475 TMT, from earlier estimates of 405 TMT. The increase is due to the higher volumes of Barley used in some feed products, replacing the more expensive wheat. Following feed wheat and corn, Barley is the third most utilized feed grain in Israel. Post anticipates that annual consumption will range from 250 to 500 TMT over the next few years. Barley’s primary use in Israel is for sheep feed. Most feed mills will swap out feed wheat for Barley depending on prices, as seen this year following the price increase of feed wheat.

FAS Tel Aviv forecasts Israel’s Barley stocks in MY 2022/23 at 42 TMT. Most of the stocks will be from the Government’s emergency feedstuff stocks. A limited number of stocks may, however, be held at private feed mills. 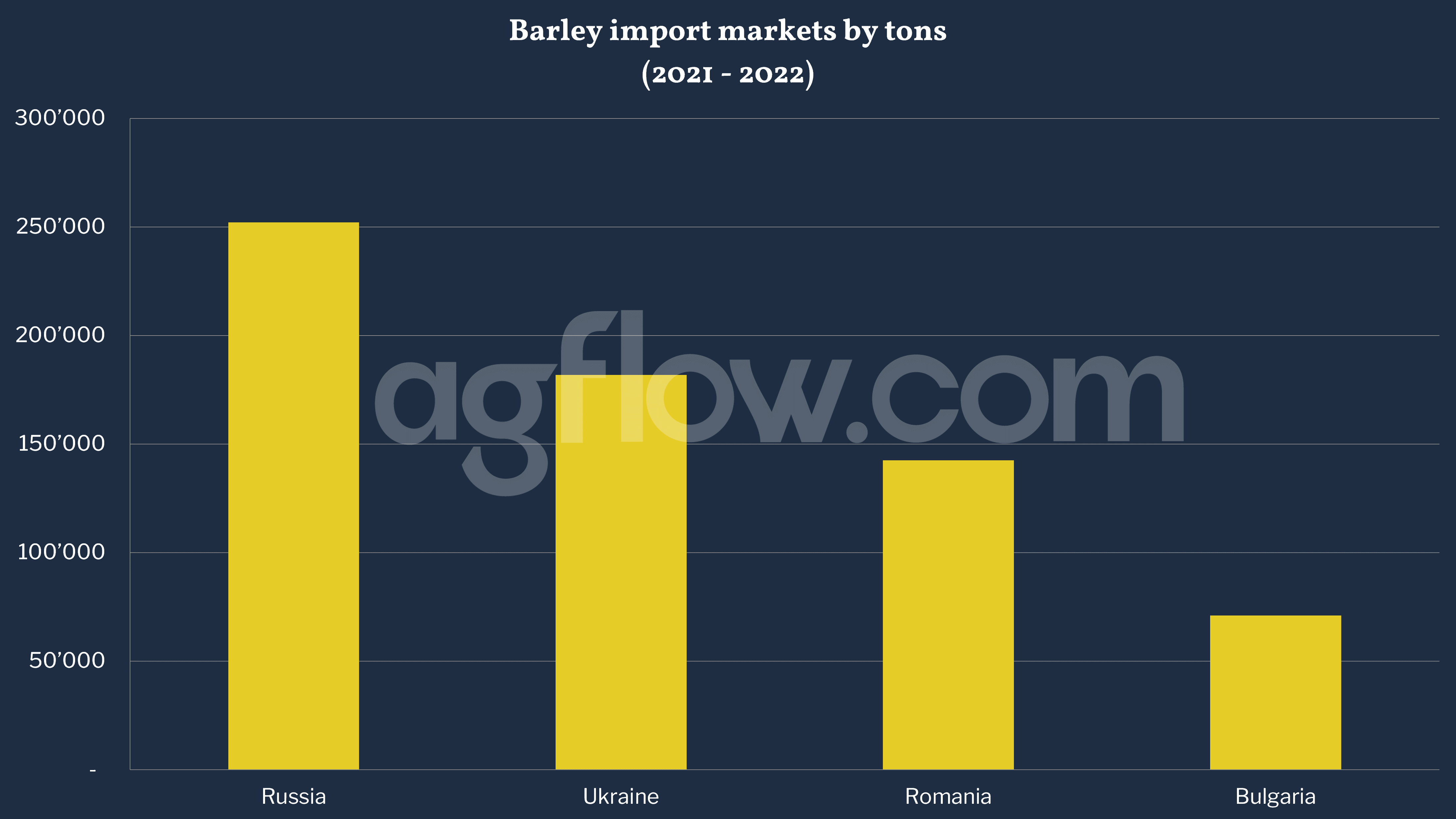 Barley and other grains are necessary for feed rations due to the presence of a pigment in corn called xanthophyll that turns broiler meat yellow. Poultry producers and feed millers use higher amounts of Barley, sorghum, or even feed wheat to mitigate the intense yellow pigment in chicken meat. Israeli consumers tend to associate the yellow color in poultry with poor animal health and obesity. In recent years, annual Barley imports have varied between 190 TMT and 550 TMT and will stay at these levels in the coming years.

In 2020, Barley imports for Israel were 79.7 million US dollars. Though Israel Barley imports fluctuated substantially in recent years, they tended to increase. As per AgFlow data, in volume, Russia was the largest import market of Israel with 252 TMT of Barley, followed by Ukraine (181 TMT), Romania (142 TMT), and Bulgaria (71 TMT) in 2021-2022.