Is the Weather Supporting the US Soybean Market?

In the last fifty years, Soybean production skyrocketed. Today, it is 13 times higher than in the early 1960s. The United States, Brazil, Argentina, Canada, Paraguay, and Uruguay are the largest producers and exporters of Soybean globally, accounting for more than 85.0% of the global production, and the U.S and Brazil together account for more than two-thirds (69%) of global Soybean production. Individually, they each account for around one-third of the worldwide output. The other major producer is Argentina, which accounts for 11% (40 million tons).

Therefore, most competition goes on among South American producers. For many years, the United States was the world’s foremost producer and exporter of Soybean. The US was the number one producer during the 1960s, 70s, and 80s. However, its growth in recent decades has been much slower than in Brazil. In 2019, Soybean production increased dramatically in Brazil, attributed to the favorable growing conditions augmented by the soil quality, weather conditions, and water availability.

In the past few years, the weather has played a decisive role in the global Soybean supply. This year’s high temperatures continued throughout July and have helped push along the progress in the U.S.’s major producing the Southern States, while progress is slightly behind average development rates in the top five U.S. producing States: Iowa, Illinois, Indiana, Minnesota, and Nebraska. Crop development is also behind average in North and South Dakota as wet conditions delayed plantings.

Nevertheless, according to the USDA August report, 59 percent of the 2022/23 U.S. Soybean crop is rated as good to excellent, matching conditions this time last year, with 61 percent setting pods. 2022/23 U.S. Soybean crop is forecast at 51.90 bushels per acre, 0.40 bushels per acre higher than the previous estimate. Combined with a 0.30-million-acre reduction in the harvested area estimate, which now sits at 87.20 million acres, the 2022/23 Soybean production estimate is raised by 25.56 million bushels to 4.53 billion. Expectations of higher output in 2022/23 impacted the Soybean export estimate, which increased by 20 million bushels to 2.16 billion.

Ending stocks for 2022/23 are estimated at 245 million bushels. The 2022/23 season-average Soybean price forecast is lowered from the previous estimates of $14.40 per bushel to $14.35 per bushel. Soybean prices for the 2021/22 marketing year are also at recent peaks due to the shortage of Brazil’s last quarter harvest.

According to AgFlow’s August data, China is the biggest importer of US Soybean (10.5 million tons), followed by Mexico, Egypt, Germany, and Japan, and its demand tends to increase for biofuel production along with comparatively low U.S. stocks at the beginning of the year has further bolstered Soybean prices. 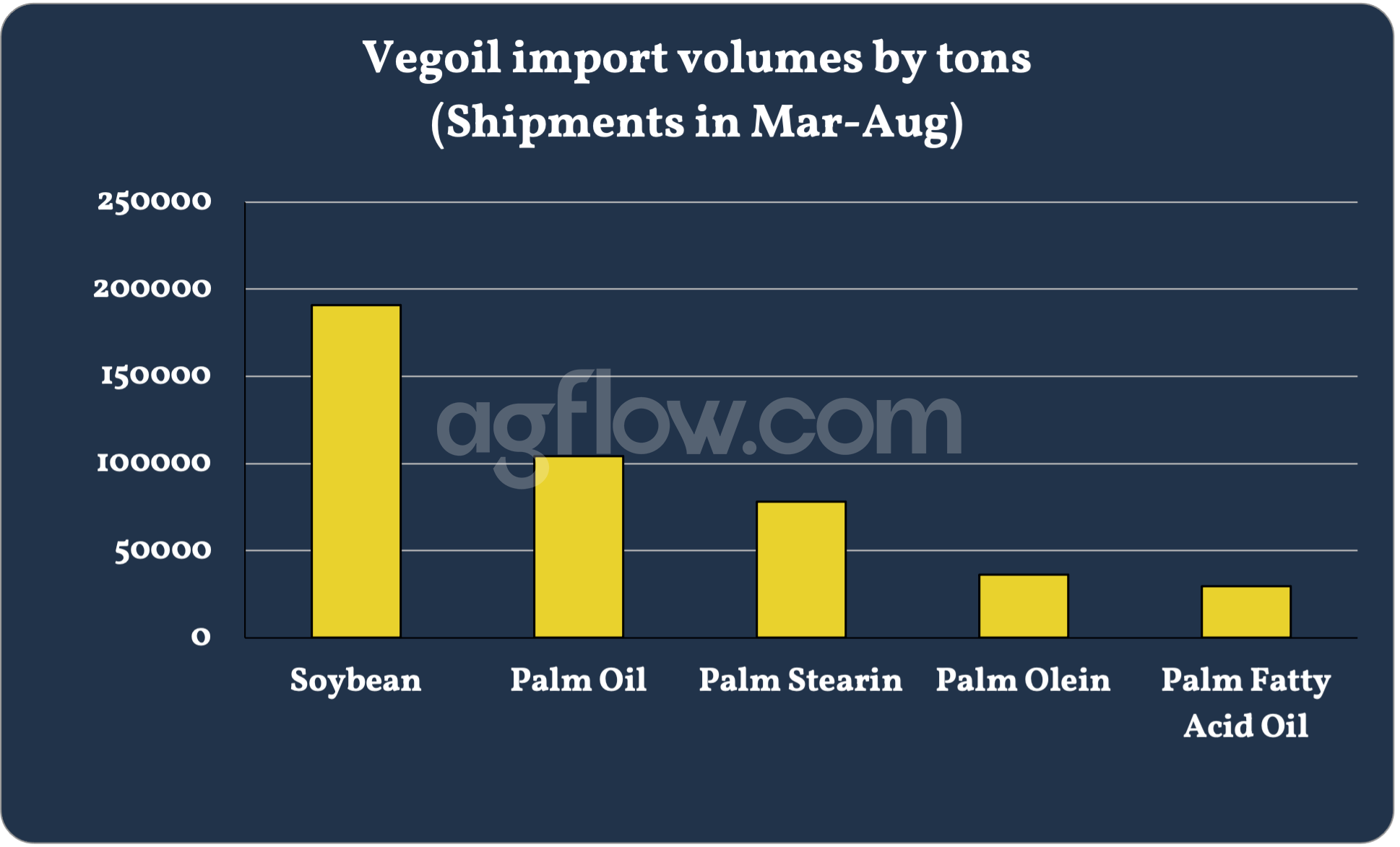 Brazil Is the Biggest Competitor of the U.S Soybean

In 2018, when trade wars between the United States and China intensified, China’s need to import Soybeans from Brazil affected its export and reached a record high. After implementing the U.S. China Phase One trade agreement, US sales to China have been recovering. But still, China prefers Brazil over the US due to its more competitive price.

Even though Brazil ranks as the world’s largest Soybean exporter, its export is closely related to the demand in China. Early market estimates for Brazil’s crop have tended to be conservative in recent years, excluding last year’s drought cycle. Global Soybean exports are projected to grow steadily, which still gives an excellent opportunity for both major players.