According to the FAO, the Islamic Republic of Iran is forecast to produce 19.2 million tons of Cereals in 2022, 4.9 million tons more than the figure for the previous year, in which the total production stood at 14.3 million tons.

Iran, which has been self-sufficient in the production of the staple Cereals for some years, is now among countries in the Middle East whose production is heavily dependent on the amount of rainfall.

Iran imported a record 8 million tons of Wheat from the previous year to March 2022 due to the drought that had a significant toll on domestic production. Mr.Kaveh Zargaran, the Chairman of Iran’s Grain Union, said in May that Iran must import at least 7 million tons of Wheat to meet its domestic needs until March 2023. He added that the projected imports would comprise 25 million tons of Grains, soybean meal, and oilseeds.

According to Iran’s National Wheat Growers Foundation, 80% of Wheat production in irrigated and rain-fed fields in southern and central provinces has decreased due to drought.

The Foundation also stated that Wheat purchases increased by 48% compared to the last year, and the guaranteed purchase of Wheat was around 7 million tons. There is still hope for an increase in the amount of Wheat purchased because the harvest continues in the North-West provinces.

The forecast of buying Wheat up to 7.5 million tons is not far from expected because there is a possibility of higher Wheat production. But part of this production will remain in the hands of farmers as seeds and self-sustenance and will not be sold to the Government. The average stock volume during 2019-21 was 6.4 million tons. Per capita, Wheat consumption is forecast to increase slightly to 169.7 kilograms in 2022-23. 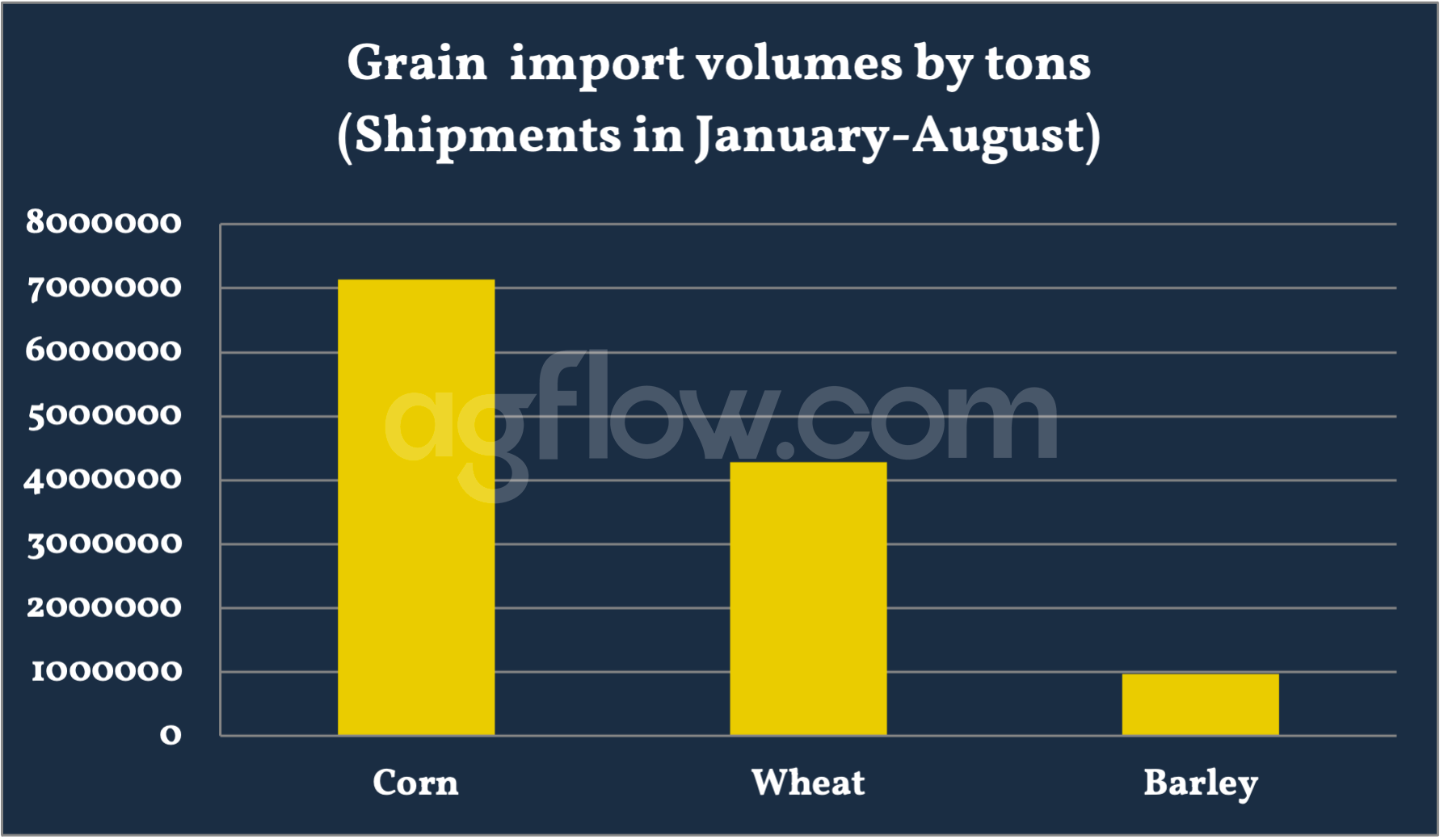 Mr.Mohammad Reza Mortazavi, the Head of Iran’s Food Industries Associations, confirmed the country needs to import at least 20 million tons of Grain this year, including 6 to 7 million tons of Wheat. He admitted that the country has never been so dependent on imports and said: “Iran is discussing the transit of Grains from Russia to the Persian Gulf region and other countries. Iran can transit Wheat from Russia to other countries, and Iranian companies could dominate the trade”. According to him, Iran, Russia, and Kazakhstan could barter Wheat and Grains with other products such as vegetables, fruits, and dairy.

In March, reports revealed that Iran had signed a deal with Russia to import 20 million tons of essential goods, including vegetable oil, Wheat, Barley, and corn. According to the AgFlow data, Corn imports led other Grains by 7.1 million tons in Jan-Aug 2022, followed by Wheat (4.3 million tons) and Barley (0.9 million tons). In terms of exports, Iran’s Cereal sales are forecast at 100,000 tons this year, which is insignificant and will not change compared to 2021.