Indonesian President Joko Widodo has instructed the Government to raise the country’s Corn production for raw materials and post-harvest products amid rising global food prices and to develop new Corn fields in the eastern region. So, the Indonesian Agricultural Ministry announced on 01 August that they would increase national Corn production in new areas in Papua, West Papua, Nusa Tenggara Timur, Maluku, North Maluku, and North Kalimantan (6 locations) with a total land area of ​​141,000 hectares and 86,000 hectares of new land.

The production increase would be in the form of land intensification and extensification. As for post-harvest production, the Agricultural Ministry will take several efforts, such as building post-harvest support facilities and silos and dryers. This effort will help reduce toxins in the Corn and maintain the water content at above 14-20% to meet the needs of the industry market. The Government is allocating IDR1.8 trillion until 2024 so that farmers can apply for credit for procuring agricultural tools and machines.

Mr.Airlangga Hartarto, Coordinating Minister for Economic Affairs, said: The increase in Corn production will have to be adjusted according to both domestic and global demands. This increase will be from upstream, post-harvest to off-takers or the market. He added that it is essential to growing the average production per hectare from 5 tons to between 10-13 tons.

They intend to use genetically modified Corn seeds that can increase production. The Government has promoted superior hybrid Corn seeds capable of producing between 10.6 and 13.7 million tons per hectare. Many high-yielding GMO seeds are used to increase Corn production, beginning with the Motherland 3, F1, PC, NK Mighty, Lion, Bima, Terrible, and P36 varieties.

The Government projects that increasing Corn production can boost domestic demand and also hopes for export because one chance is that some countries are to limit their Corn exports, including China and India.

According to the Indonesian Agricultural Minister, the country has stopped the imports of Corn except for that used as raw material for industrial purposes, such as for producing sweeteners and other items. As per AgFlow data, Argentina led their Corn import market with 630,000 tons in the shipment period of Jan-July, followed by the United States and Ukraine. 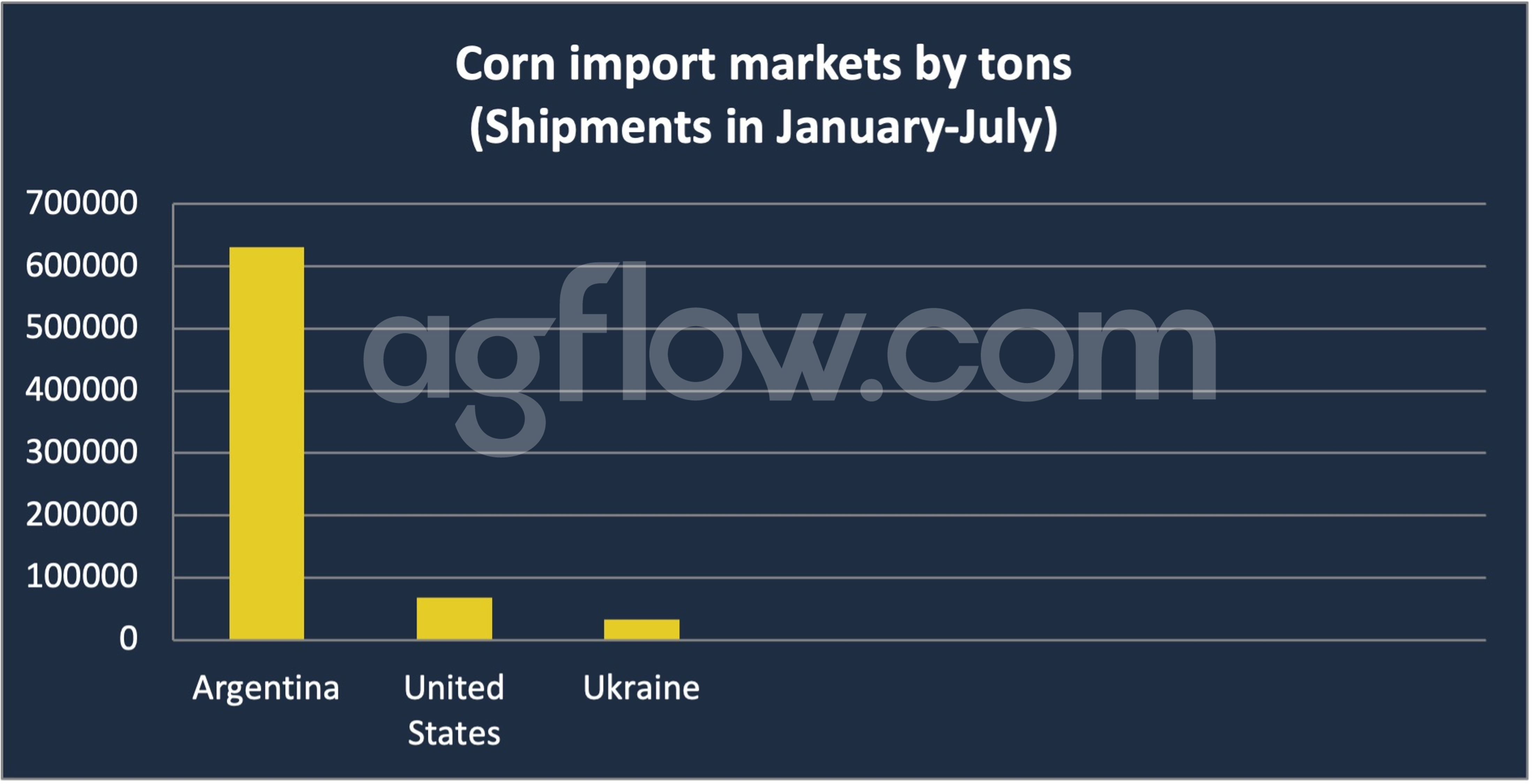 Minister Airlannga explained: The upward trend in world Corn prices was caused by several factors. First, some producing countries apply export restrictions to prioritize meeting their domestic needs. Second, the impact of global geopolitical conditions due to the Russia-Ukraine conflict has accelerated the price increase of various essential commodities, including Corn.

The price for June 2022 reached 335.7 US dollars per ton. Previously, the value of this foodstuff had touched the highest level of 348.1 US dollars per ton in April 2022. The trend of improving world Corn prices in January-June 2022 with a growth of 21.5% year-on-year is an opportunity for Indonesia to export this commodity.