Indian Soybean Oil Traders Turn to the US

India made up 72.8 percent of total exports of soyabean Oil from Brazil. Soyabean Oil is being imported in larger quantities as palm Oil is becoming more expensive, and a lesser quantity of sunflower Oil is available in the global market. However, DN Pathak, Executive Director of SOPA (Soybean Processors Association of India), said soyabean Oil could not replace palm Oil, mainly used in HoReCa (hotel, restaurant, and catering) segment. Sunflower Oil is being sold at a premium.

Currently, the landed cost of crude palm Oil imports is US$1,900 a ton, compared with US$1,998 for soyabean Oil. No quotes are offered for sunflower Oil, though reports say the landed cost is over US$2,100. Today, the Port of Kandla of Gujarat is India’s hub for exporting grains and importing Oil and one of the highest-earning ports in the country.

Indian traders contracted to import a record 100,000 tons of Soybean Oil from the United States in early 2022 because of limited supplies from drought-hit South America. Indian buyers have bought the United States Soybean Oil vessels. Prices were attractive, and supplies were not enough in South America. Buying another two vessels in the short term is possible, the industry source said.

In terms of export, India exported Soybean Oil worth US$16.8 million in 2020, making it the 43rd most significant exporter of Soybean Oil in the world. The main destination of Soybean Oil exports from India is Bhutan (US$10.5 million), Canada (US$2.64 million), the United States (US$1.41 million), Mauritania (US$882k), and Australia (US$399k). 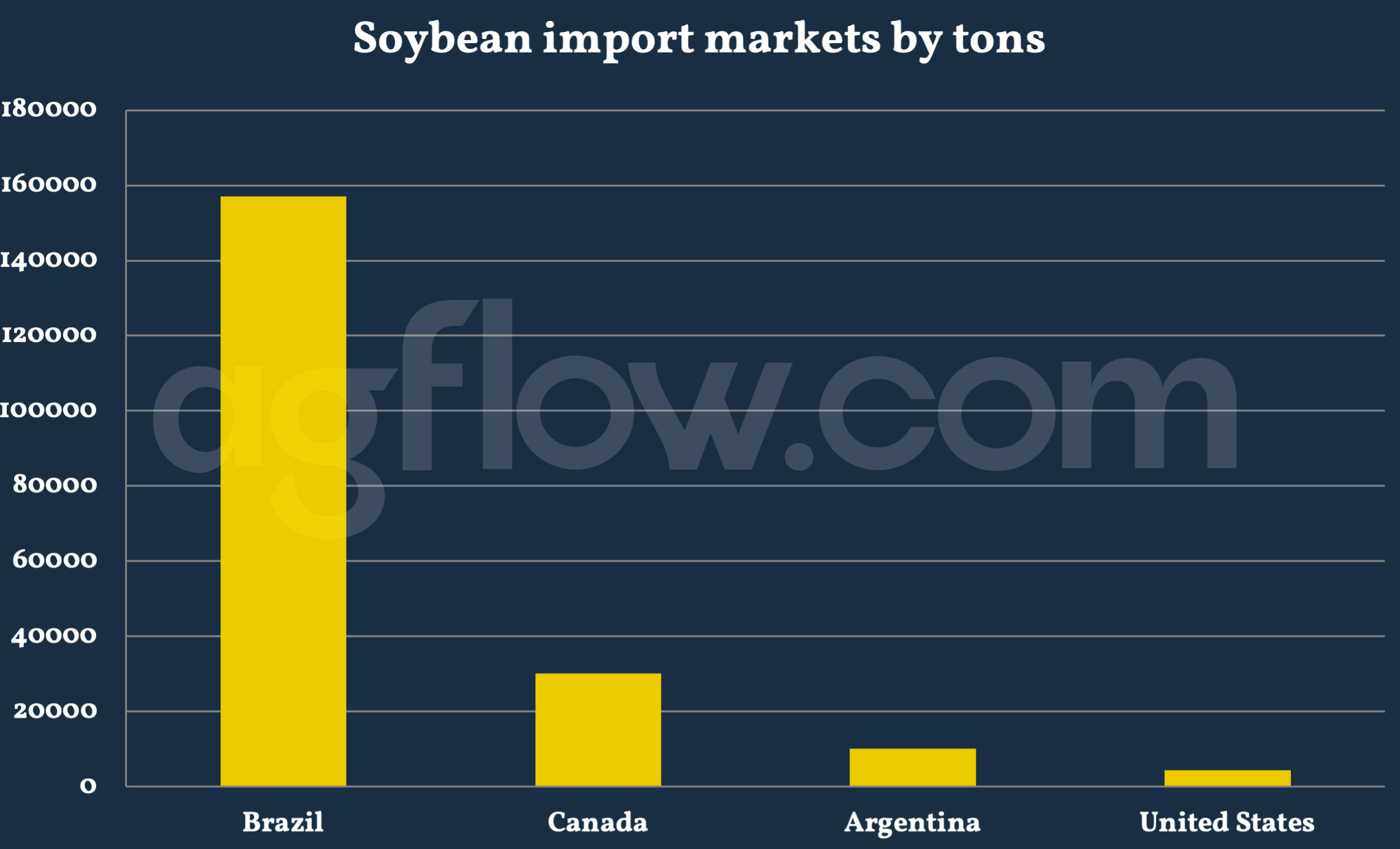 In May 2022, the Ministry of Consumer, Food and Public Distribution, through the Directorate General of Foreign Trade, announced approval for importing an additional 550,000 metric tons of Soybean meal (including GE-derived). This import quota is the remaining amount unfilled from the Indian Government’s previous 1.2 million tons quota established in August 2021. India permits imports to run through September 30, 2022; bills of lading must be dated on or before this date. The Government made this move in response to high Soybean meal prices to alleviate India’s poultry and livestock industry, for which this meal is a critical feed input.

Only 45% of vegetable Oil demand is met by domestic production in India. In order to increase local output, in August 2021, the Government launched an ambitious National Edible Oil Mission-Oil Palm (NMEO-OP) to reduce dependence on imported edible Oil from 55% to 40%. The target is to increase the area under Oil palm cultivation from 3.7 lakh hectares to 10 lakh hectares and produce 11.2 lakh tons crude palm Oil or CPO (from 2.72 lakh tons in FY21) by FY26 and 28 lakh tons by FY30.

Read also: The Impact of The Indonesia Palm Oil Ban