France (and the EU in general) suffers from droughts throughout the land, and staple crops’ quality is already dropping fast. In early winter, the wet conditions led to extra moisture in France soils, reaching around 53.8% average moisture on Jan 10th, 22. The situation rapidly degraded one month later, and this value only increased by 1.1 points to 54.98% against 55.6% on average. Up until now, soil moisture conditions were mixed. But as precipitation events decrease as Summer arrives, these conditions are currently degrading faster despite small showers. With droughts also settling in the Black Sea area, global Wheat production outlook could be worse than expected in 22/23. 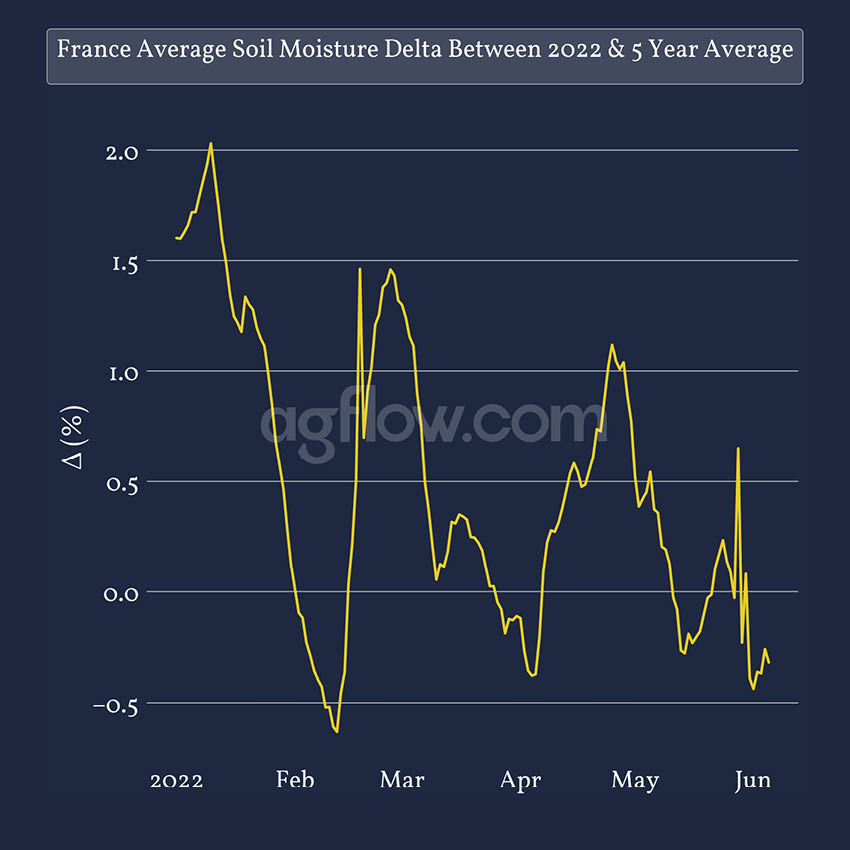 Read also: Can The French Wheat Meet its Market in 2022?

Read also: Are Algeria Wheat Imports Going to Decrease in 2022/23?