In terms of imported Rice varieties, the leading varieties were Broken Rice, Polished Rice, and Brown Rice in May 2022, and the proportion of broken Rice is still the largest. It accounts for 63.8% of the total import volume of Rice, and the import volume of Milled Rice has increased significantly. The Polished and Brown Rice accounted for 36.2% and 0.04%, respectively.

From the perspective of importing provinces, major rice-importing provinces and cities have been Guangdong, Fujian, Beijing, Yunnan, Shandong, Anhui, & Jiangsu, amongst others. Among them, the import volume of Beijing (91% growth), Shandong (60%), and Yunnan (54%) have increased significantly compared with April, and other provinces and cities have changed little. By volume, Guangdong led the others by 270,800 tons of Rice. The import volume of Broken Rice is expected to not change much in the coming months. 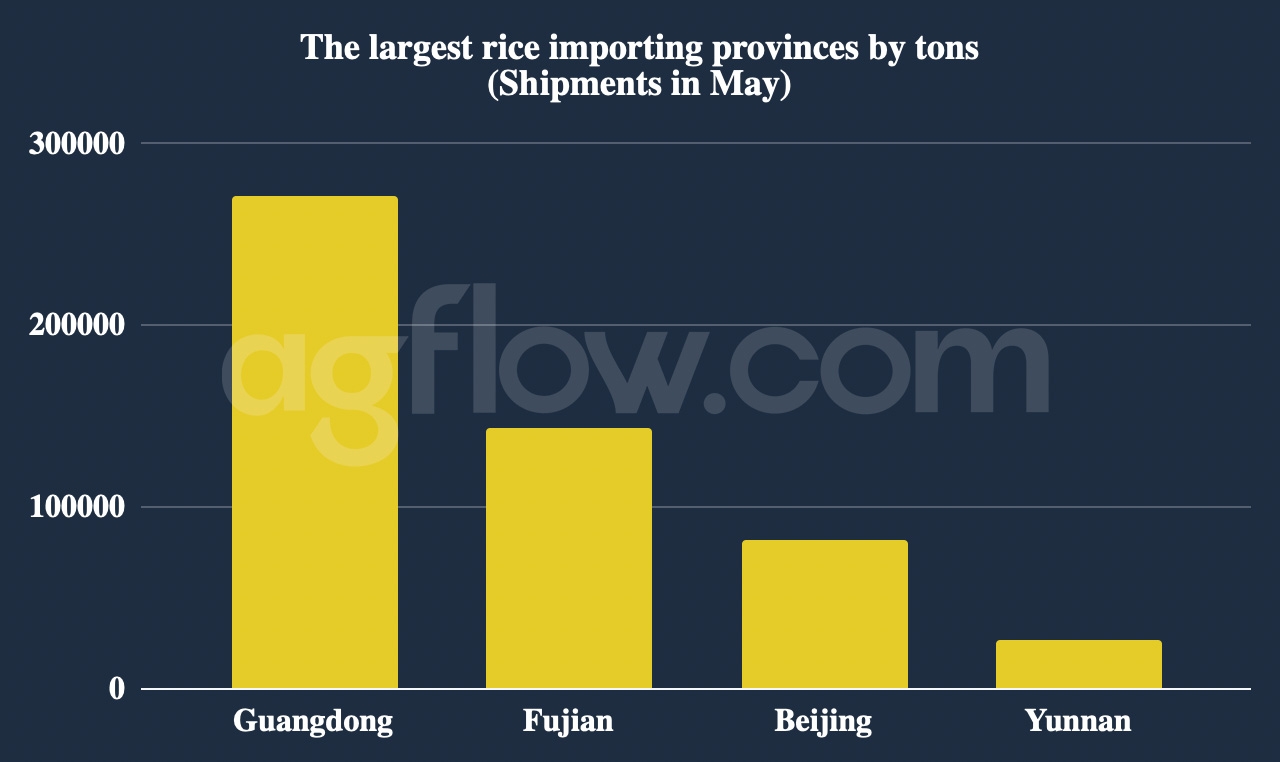 The National Development and Reform Commission (NDRC) set the minimum purchase prices for early Indica, late Indica, and Japonica Rice at 124 yuan, 129 yuan, and 131 yuan per 50kg, respectively, in February. The prices are higher than those set for 2021, indicating increasing support for crop production.

China’s Rice production is expected to be 149 million tons this year. Heilongjiang is the largest rice-producing province with 29 million tons output (as of 2020 data), followed by Hunan, Jiangxi, Jiangsu, Hubei, Anhui, Sichuan, Guangdong, and Guangxi. Jilin, Yunnan, Henan, and Chongqing are the next top performers.