It is China’s exploding wealth, rising middle classes, and expanding appetite for meat that make it the world’s top purchaser of soybeans.

Even as a recent resurgence of African swine flu in its pig population threatens to dent demand for the soybeans the hogs eat, there’s no chance China will lose its position as the world’s dominant buyer of soybeans. 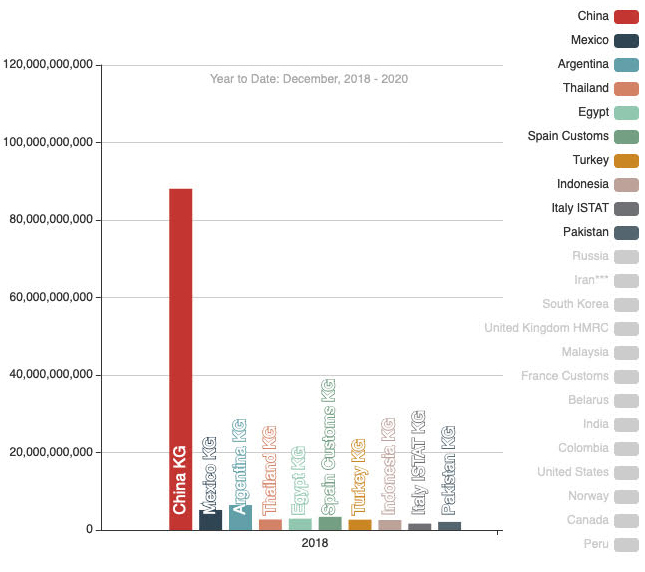 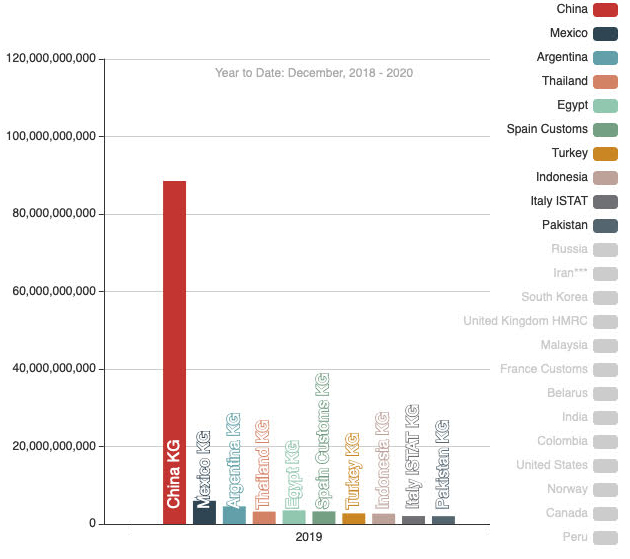 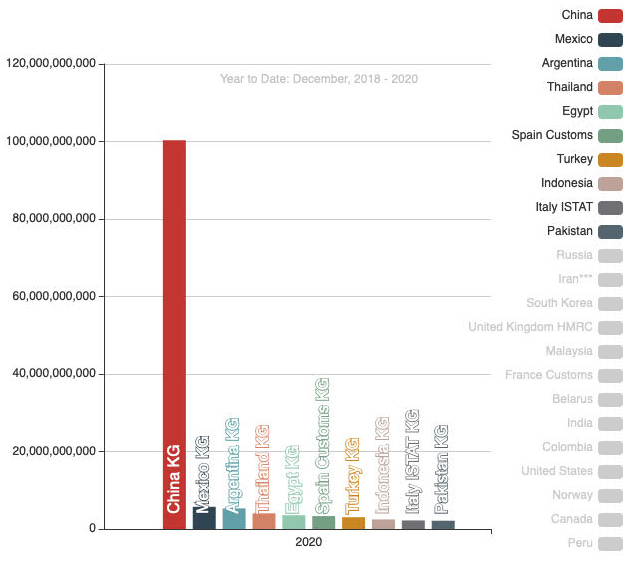 In changing up sources of imports, mainly between the U.S. and Brazil, Beijing is able to maintain supply, lower prices through competition, and negotiate better trade terms, according to an analysis by Trade Data Monitor, the world’s top source of trade statistics.

For example, in the first two months of 2021, China almost doubled its imports from the U.S., to 12 million tons from 6.1 million tons. At the same time, it cuts shipments from Brazil to 1 million tons from 5.1 million tons. This was partly due to a devastating rainy season in Brazil that hurt production, but it was also a political decision to repair a trade rift with the U.S. by ramping up agricultural purchases.

China’s organic hunger for soybeans, built on the demand of a population of 1.4 billion, and its centrally-planned economy make its soybean buying power an important chip in trade and diplomatic negotiations.

There are two main suppliers to Beijing: Brazil and the U.S., the world’s top two overall soybean exporters. The two agricultural superpowers have different growing cycles. Brazil harvests soybeans in March, and the U.S. harvests in October and November, but it is useful and relevant to compare shipments over an entire year.

In 2020, as part of the phase one trade deal trying to make peace with the U.S., China boosted imports of U.S. soybeans to 25.9 million tons from 16.9 million tons in 2019. It maintained the level of imports from Brazil, with 64.3 million tons shipped in. That’s how much it needs the protein.

Overall, in 2020, China increased imports 13.3% to 100.3 million tons from 88.5 million tons. During the Covid-19 pandemic, it maintained strong levels of food imports. It was also having to rebuild domestic pork herd after African swine fever killed as many as 200 million pigs. Despite a recent reoccurrence of the disease, demand is likely to remain robust. The country’s crushers also produce soyoil out of soybeans for cooking. The world’s most populous country will always have to eat.

Read also: How Is the Brazil Soybean Cash Market Structured during the 2021 Harvest?