Soybeans are now Canada’s third largest field crop. As production and processing grow, Canada is becoming a more important Soybean supplier and Soybeans are becoming a more important force in the Canadian economy. Canadian farmers have grown Soybeans for more than 70 years, and recent advances in plant breeding are spurring a new surge in production.

Soybeans now rank fourth among Canada’s principal crops in terms of acreage. This growth has been driven by the development of new early-maturing Soybean varieties that are expanding the boundaries of where the crop can thrive. Until the 1970s, almost all of Canada’s Soybeans were grown in southern Ontario. Today Soybeans have become an important crop in Quebec and Manitoba, as well as parts of the Maritimes, southeast Saskatchewan, and southern Alberta.

For 2022-23 season, Canadian farmers planted Soybeans in 2.13 million hectares, down marginally from last year, as a decline in area in western Canada more than offsets a slight increase in the East, based on Statistics Canada’s Seeded Area survey. The largest Soybean growing provinces in Canada are Ontario at 1.25 million hectares, Manitoba 0.46 million hectares and Quebec with 0.37 million hectares. 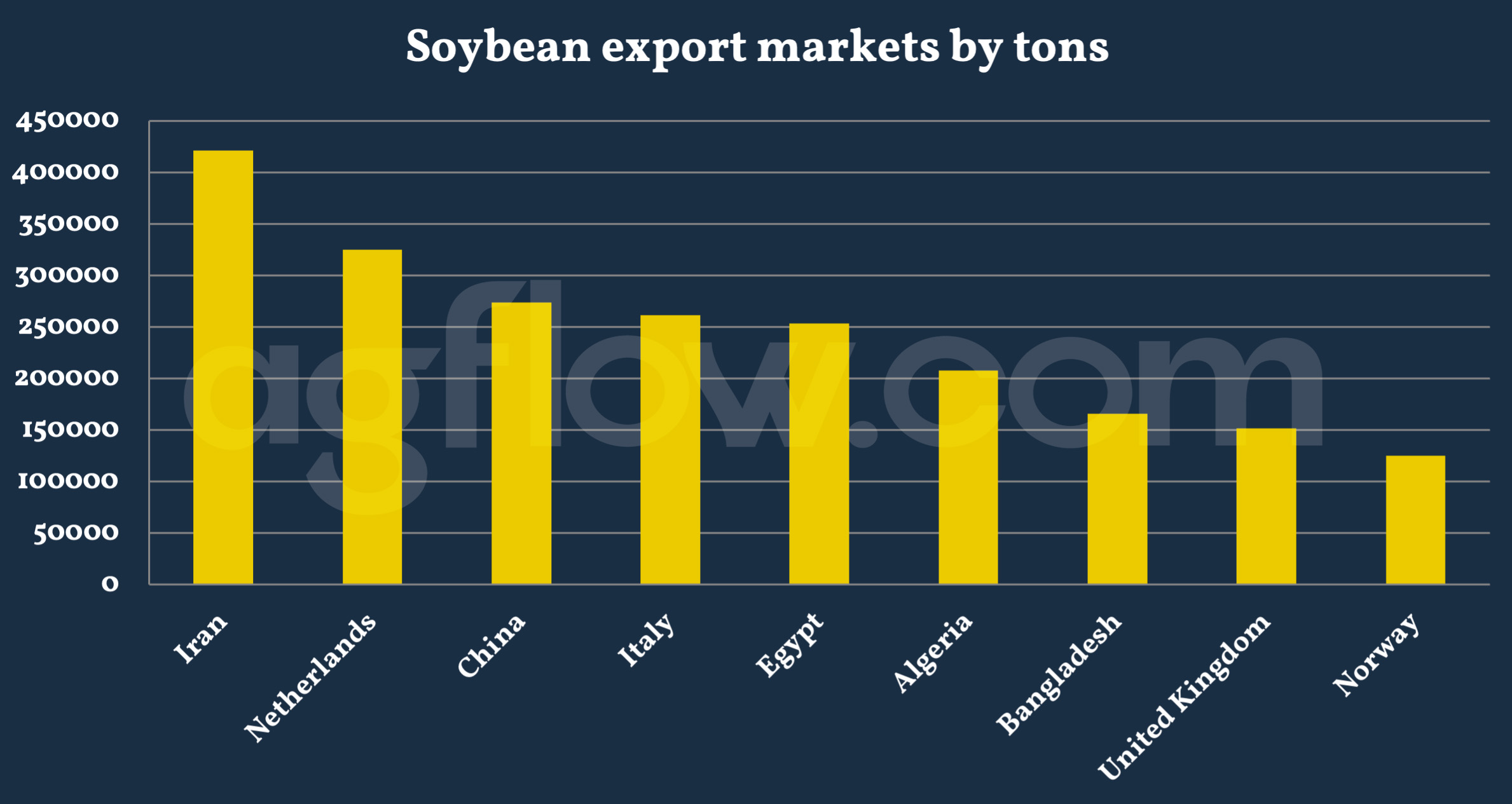 Nearly two-thirds of the Soybeans grown in Canada are destined for export markets, either as raw Soybeans or processed for end use. The Canadian industry works closely with customers worldwide to meet their quality and composition needs. Through Soy Canada, all industry partners are working together to maximize the progress and value of the industry. The full value chain of the Canadian Soybean industry extends from the research lab to the farm to the shipping port. Long before the farmer plants the seed, many Canadian businesses and organizations focus on developing new traits, varieties, and crop management technologies.

For 2021-22, Canadian exports of Soybeans are down 14%, to 4.0 million tons, as tight domestic supplies mute support from strong world demand. Domestic processing of Soybeans increases by 10% from last year to a historically normal 1.8 million tons on strong crush margins and robust demand for vegetable oils. Soybean prices are estimated at $680/ton versus the simple average of $605/ton earned in 2020-21.

On the demand side, exports are forecast to increase by 8% to 4.3 million tons, with shipments headed to a diverse group of countries. According to the AgFlow data, Iran is leading their export market by 0.4 million tons of Soybeans as of Sep 2022, followed by the Netherlands, China, Italy, and Egypt.