Canada Barley 21/22 production suffered heavily from droughts, limiting exports and domestic consumption. The impact was so severe that Canada has had to import Barley from competitor Australia in 2022. Officially, Canada is expected to import 100 kmt of Barley from Australia (ABARES & other private sources) before the next crop in Aug 22. However, according to our data, from Jan & by Feb 22, Canada had already imported 105 kmt of the commodity. So far, 198 kmt of Barley has been shipped to Canada from Australia, slightly less than twice the amount announced. If Canada imports continue following the same pace, they could reach more than 250 kmt by the end of MY 21/22.

Canada Barley Imports From Australia Between Jan & May 2022 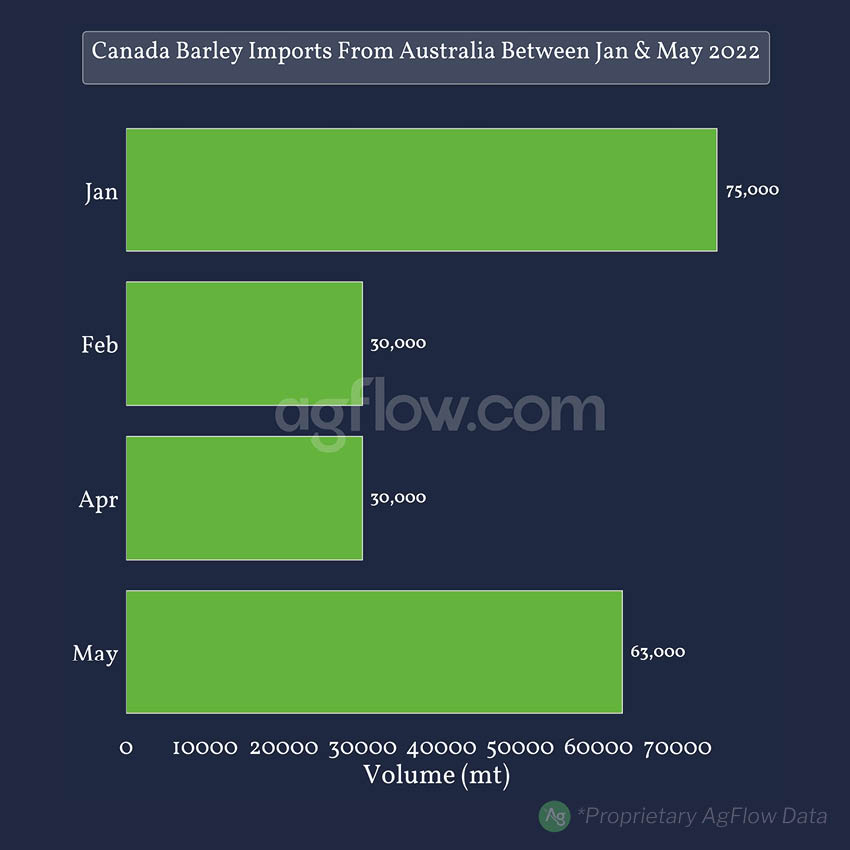 Read also : Australia Barley Market: Where Do You Export When China Boycotts You?