Brazilian Soybean and Its Meal Exports Hit a Record High

Brazilian Soybean production may increase in the 2022/23 crop, reaching a record of 152.6 million tons, almost 20% more than that achieved in the previous cycle, according to Consulting firm StoneX. This record would result from a 4% growth in the planted area.

The consultancy points out that area increases are forecast for all regions of the country, a trend observed in recent years. Although uncertainties are floating around the market, StoneX estimates that Soybean exports could reach 100 million tons next year.

According to a survey of planting intentions by SAFRAS & Mercado, national Soybean farmers should cultivate 42.88 million hectares in 2022/23, the largest area in history, growing 2.6% over the total sown this year of 41.8 million hectares. With a possible increase in productivity, from 3,027 kg to 3,550 kg per hectare (~3 to 3.5 mt/ha), national production should be above that obtained this season.

In Mato Grosso, the state that leads the national Soybean production, there was an increase of 1 million hectares in the planted area in the last four years. For the 2021/2022 cycle, the Mato Grosso Institute of Agricultural Economics (Imea) projected the cultivation of 10.8 million hectares, an increase of 3.2% from the previous one. The growth should occur mainly due to the option to cultivate Soybeans in the most peripheral areas of Mato Grosso. The state will likely produce a record 38 million tons this season. 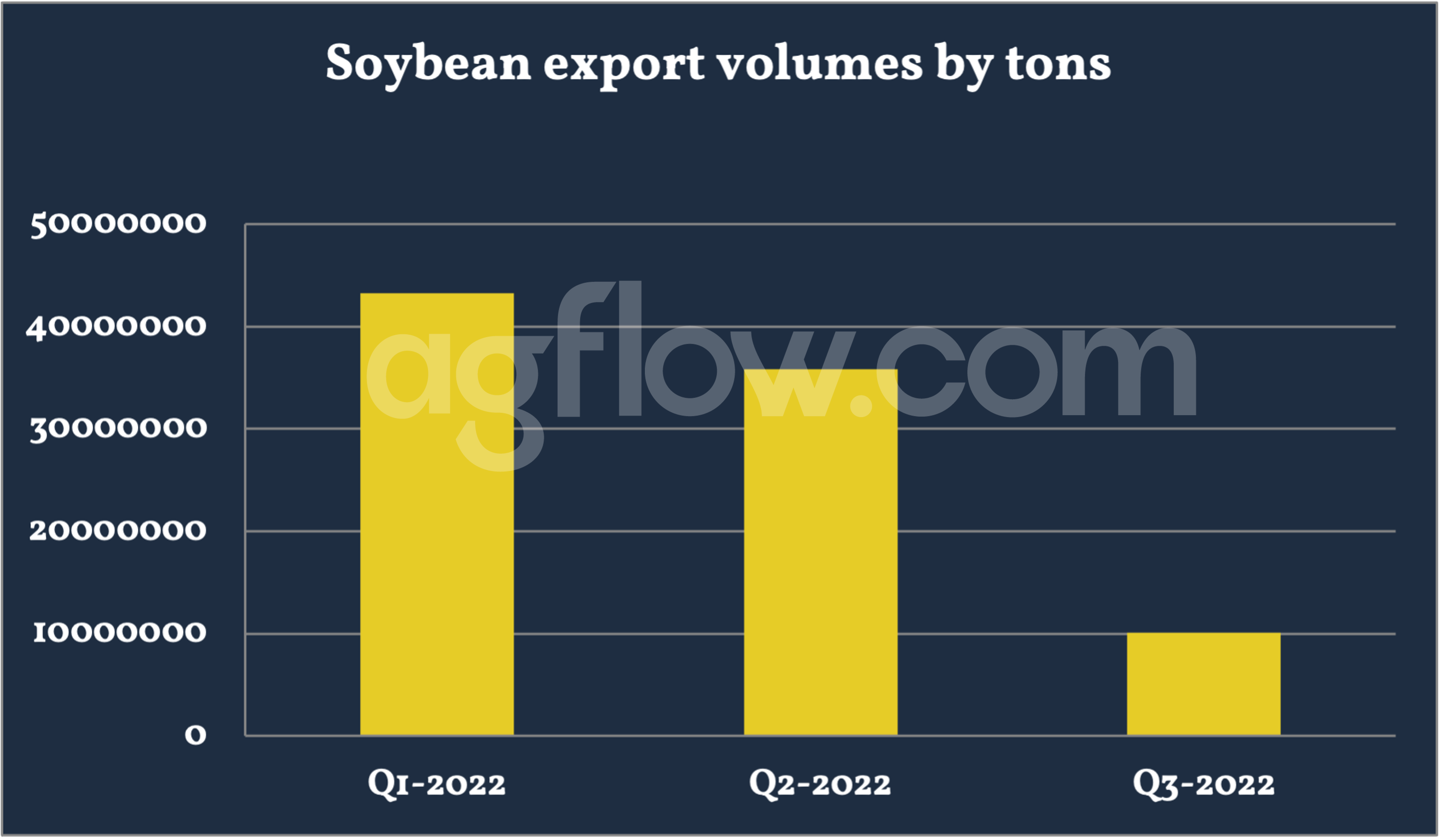 Most of these shipments departed Brazilian ports between March and early June. The leading Soybean exporting ports were Santos (27%), Paranaguá (15%), and Rio Grande (15%), followed by Itaqui (12%) and Barcarena (10%).

About 70% of the 2021 Soybean shipments were bound for China, most of them leaving from Brazil’s southern ports via the Cape of Good Hope. According to the AgFlow data, Brazil shipped 89 million tons of Soybeans in Jan-Aug 2022.

In a recently released analysis, Itaú BBA projected firm prices for Soybeans in the 2021/2022 harvest. Soybean prices keep an upward trend due to the replenishing of stocks in importing countries amid heated demand for Brazilian agro-products, especially those used for animal feed.

Read also: Egypt Sought Corn In Brazil & Romania As Alternative to Ukraine in 2022