Argentina to Lose Wheat Output by 50%

According to the local exchanges, Argentina is projected to have its lowest harvest in seven years. Argentina’s production keeps declining because of severe drought and uncommon frosts in October and November. In the last month, Wheat production estimates have been falling weekly in Argentina. With almost half of the harvest completed, Wheat production is estimated at 456 million bushels (equivalent to 12.4 million metric tons), according to the Bolsa de Cereales de Buenos Aires.

This production level is just 56% of the previous harvest and represents a 36% decrease compared to the last 5-year average production. Against a backdrop of what had been a significant positive trend in Wheat production in the previous ten years, this year’s production represents an extremely low value – more than two standard deviations below the trend line.

Minimal rainfall levels in the principal Wheat production areas during the growing season and late-season frosts have contributed to meager yields and, in some cases, the decision to leave the crop unharvested. The average Wheat yield is estimated at 30 bushels per acre (2 tons per hectare), 40% lower than last season. The previous year’s Wheat yields are similar to those in 2008, when the most severe drought in the last 20 years occurred. In 2021, the yield was 50 bushels per acre.

A decrease in planted acreage, lower yields, and 10-15% of Wheat fields not being harvested explain the decline in Wheat production compared to expected values. The lack of water at planting time, high fertilizer prices, and the fear of possible government intervention contributed to a decrease in Wheat area. High Wheat prices partially compensate for farmers’ losses. The price at Rosario port in December 2022 was $9 per bushel ($332 per ton) (MATBA ROFEX), 36% higher than the last harvest price. However, many farmers could not cover production costs last year since the breakeven yield was around 33 bushels per acre at current prices.

In contrast, ideal weather conditions in spring and winter also helped Brazilian farmers in 2022. Wheat yield is estimated at 46 bushels per acre (3.11 tons per hectare), up 10% from last year and the second-highest yield ever. The last time Brazil reached more than 45 bushels per acre (three tons per hectare) was in 2016. Investment is underway in Brazil to increase Wheat production through new variety development, rising yields, and planted acreage to move closer to self-sufficiency over the next ten years.

Even though Chicago Wheat futures eased to $9 per bushel with harvest progress, values remain elevated compared to historical averages. Prices continue to rise, influenced by expectations of low stocks in the United States and the difficulties generated by the ongoing conflict in the Black Sea. 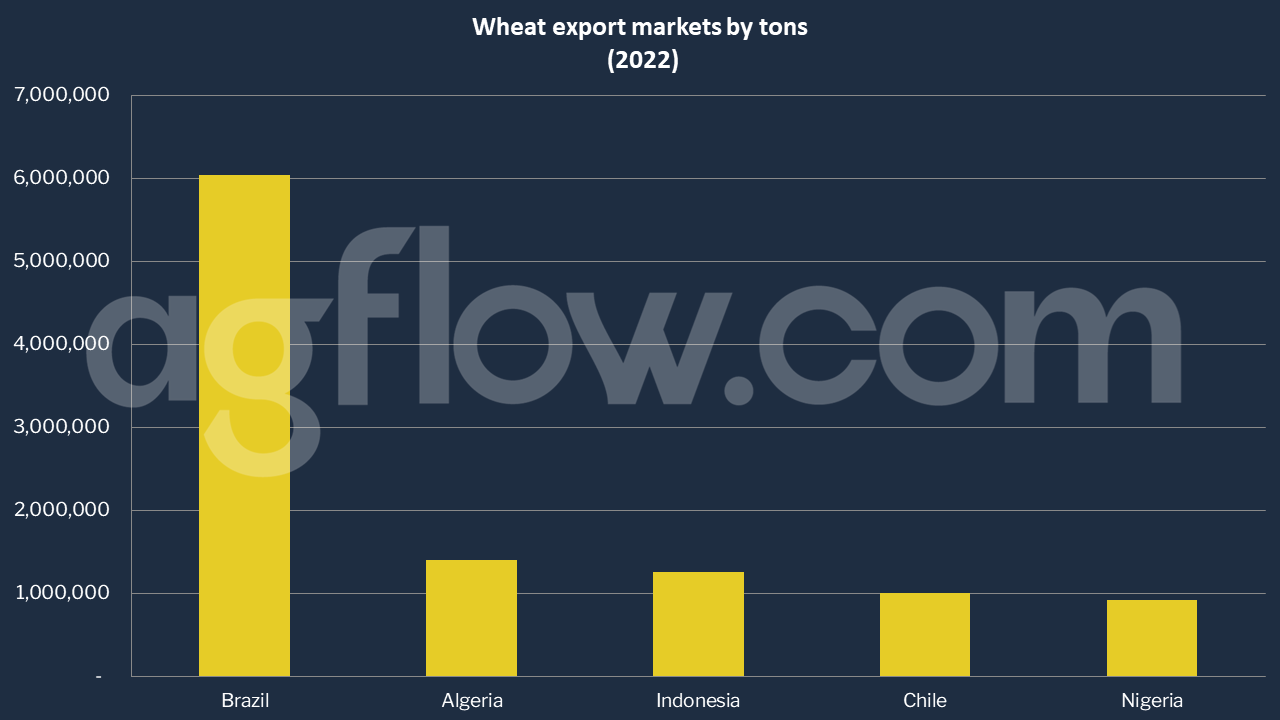 Before knowing the full impacts of drought and late frosts on Wheat yields, Argentine exporters have signed sales statements for 330 million bushels (9 million tons). However, in November, the Argentine government authorized rescheduling grain sales within 2023, fearing that domestic demand could not be met.