Wheat Prices Are Falling In Russia Due to the Replenished Stocks

The Russian Ministry of Agriculture predicts 130 million tons of Grain this year, while the Russian Grain Union (RGU) expects a wheat harvest to be 83-84 million tons. The Head of the RGU, Arkady Zlochevsky, said: “Let me remind you that we had a record of 86 million tons. We won’t get a record, but we get a very good harvest”.

Zlochevsky also expects a good harvest for other Grains, but without records. The total sown area is estimated to be 81.3 million hectares this year, which is 1 million hectares more than the last year. In 2021, the structure of Grain production by types of crops was Wheat and Triticale (62.9%), Barley (14.8%), Corn (12.6%), and others.

As a result of the export quotas, Russian farmers replenish stocks due to the under-delivery and enter the new season with increased reserves. However, the whole world enters the new season with reduced stocks. But, it is reported there is enough space for Grain storage.

Domestic purchase prices for 4th-grade Wheat with 12.5% ​​protein at port elevators of the Black and Azov Seas remain stable: 16,800 rubles/t in Novorossiysk and 14,800 rubles in Azov. 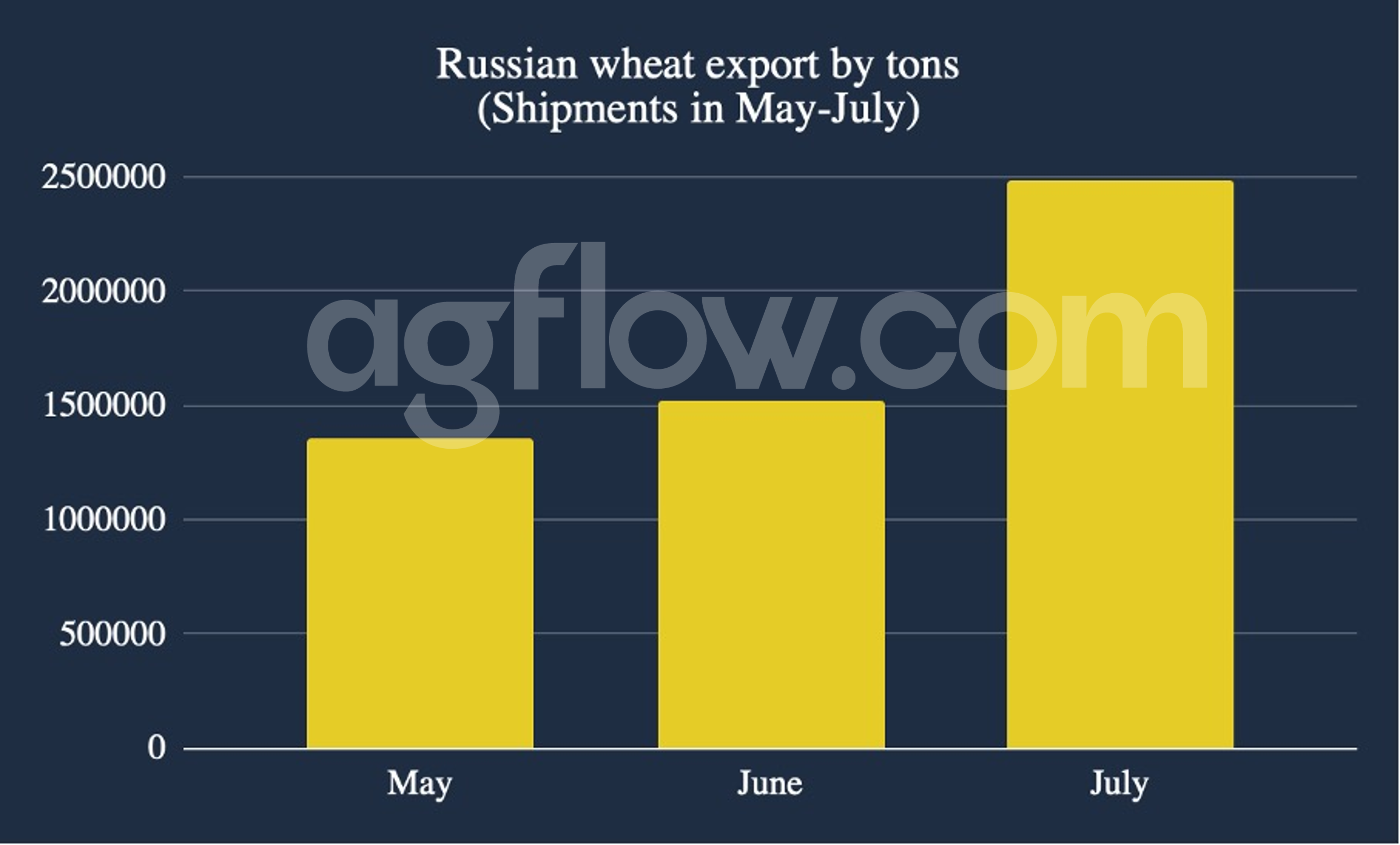 The Ministry of Agriculture is considering possibly increasing the export duty on Wheat by 10%. At the same time, the Government Commission on the Agro-Industrial Complex and Sustainable Development of Rural Territories supported the extension of the quota for the export of mineral fertilizers, valid until the end of 2022, till May 31, 2023. For Nitrogen fertilizers, the quota will be about 8.3 million tons; for complex – just over 5.9 million tons.

According to industry sources, when Wheat price overcomes the $375 mark, the fee for exporters is expected to increase to 80%. Part of the profits of exporters from the growing world price of Grain might be transferred to the state treasury. Further, these funds are directed to support agriculture. For example, the current duty for wheat is 70%, and the figure may increase depending on the situation in the world.

Agricultural Ministry experts are talking about applying a “floating” export duty, which the Ministry established earlier. It is charged on the difference between two indicators: the indicative price and the base price (the Ministry of Agriculture itself calculates it).